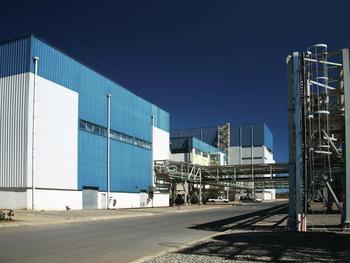 BENEO, one of the leading manufacturers of functional ingredients, has announced a significant expansion for its chicory root fibre production facility in Chile by 2022, funded by an investment of more than 50 million Euro. The news comes following rising demand for BENEO’s chicory root fibres, inulin and oligofructose, as consumer interest in digestive health continues to grow.

Worldwide consumers are paying more attention to their digestive health and are gaining further understanding of the intrinsic link between the gut microbiome and its beneficial effect on the overall well-being. This, in turn, is leading to a rising interest in chicory root fibres from food and drink manufacturers around the globe, creating a high market demand for BENEO’s inulin and oligofructose ingredients.

Eric Neven, Commercial Managing Director at BENEO-Orafti comments: “The market demand for chicory root fibre continues to increase. In order to keep up with this rising interest, we are investing significantly into expanding our production facilities in Pemuco, Chile. With 20% more volume, BENEO can continue to ensure reliable and consistent delivery to our customers.”

As well as expanding production capacity at the Chilean plant, the raw material sourcing will be supported by additional surface (hectares) dedicated to chicory farming in the region. The existing plant already operates using 75% renewable energy. The recent investment will enable BENEO to make yet further strides against its aim to increase the use of renewable energy over the coming years.

Inulin and oligofructose, such as those produced by BENEO, are the only plant-based proven prebiotics according to ISAPP (International Scientific Association for Pro- and Prebiotics). They have been scientifically shown to support a range of functional health benefits, including a balanced gut microbiota and a person’s overall well-being¹. There is a wealth of scientific evidence available (in excess of 150 high quality studies) and Orafti® Inulin even has an exclusive 13.5 EU health claim for its promotion of digestive health², which is proving successful in various countries. In fact, only recently, industry expert Julian Mellentin highlighted the potential for inulin, naming it a top ingredient for 2020 in the new New Nutrition Business report, “10 Key Trends in Food, Nutrition and Health 2020”.

Not only are BENEO’s prebiotic chicory root fibres helping to bridge the fibre gap, they are also being widely used in both food and beverages as they help to reduce fat, sugar and calories. Unlike other fibres, BENEO’s fibres are naturally derived from chicory roots via a gentle hot water extraction method and are natural, clean label and non-GMO. They are highly soluble and have a mild natural taste, allowing manufacturers to reformulate their products while keeping the same taste, body and mouthfeel as the original options.

As digestive wellness continues to trend across the globe and more consumers come to realise the impact it has on their health, this significant production expansion will ensure BENEO is well-placed to maintain efficient delivery of its high quality ingredients throughout the years to come.

¹ Measured by the improvement of quality of life evaluated by validated questionnaires
² The authorised EU health claim under article 13.5 is: “chicory inulin contributes to normal bowel function by increasing stool frequency”, which can be combined with general health-related well-being claims under article 10.3 that include: “chicory inulin promotes digestive health”, “chicory root fibre supports a healthy and balanced digestive system” and “with prebiotic fibre”.