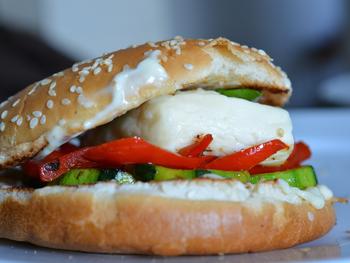 A consortium of Cypriot Halloumi cheese producers won an initial EU court victory on Thursday in a case challenging the registration of the rival BBQLOUMI trademark.

The "Foundation for the Protection of the Traditional Cheese of Cyprus named Halloumi" had complained after the EU trademark office allowed a Bulgarian company to register its BBQLOUMI label.

The European Union Intellectual Property Office (EUIPO) argued at the time that there was no risk of confusion between the two names.

The Cypriot challenge was initially rejected by the European Union's General Court, which agreed with the assessment of the EUIPO. The halloumi foundation in turn escalated the matter to the European Court of Justice (ECJ).

The Luxembourg-based judges ruled on Thursday that the General Court had erred in its judgement, as it had failed to take into account the similarity of the products being trademarked.

It referred the issue back to the EU's General Court, ordering it to reassess the complaint. (dpa)