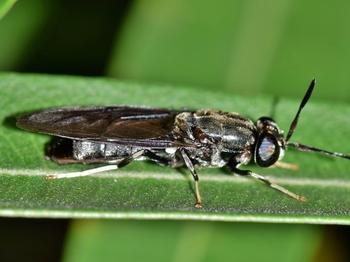 Within months after the opening of the world's largest insect factory, Protix has attracted investor Rabo Corporate Investments as shareholder. Protix wants to use the capital from Rabobank's investment franchise to scale up the production of insects in the Netherlands and accelerate the roll-out of its international expansion.

In June 2019, King Willem-Alexander of the Netherlands opened the new innovative insect factory developed by Protix in Bergen op Zoom, in which more than 40million euros has been invested. The opening allowed production to increase rapidly, which prepares Protix for international expansion in order to strengthen its leading frontrunner position worldwide. "We want to reinforce our international leadership position in this new industry," says Kees Aarts, founder and CEO of Protix. "A'Global Technology with Local Impact' aligns with our vision to strive for a food system in balance with nature worldwide."

Joost Vogels, Investment Manager of Rabo Corporate Investments: "Protix offers a solution to two major challenges: how do we sustainably produce enough food for a fast growing global population and how do we reduce food waste throughout the supplychain. Rabobank Group has been involved with Protix since its founding more than ten years ago. We are proud that they have become a global leader in insect production and Rabo Corporate Investments looks forward to support them in their international expansion plans."

Closing the food cycle with insects

Organic waste from the food industry serves as feed for the insects of Protix.In turn, the insects are used in various animal feed applications. In this way, the food cycle closes and insects, as an alternative source of protein, help prevent overfishing and deforestation for soy cultivation.