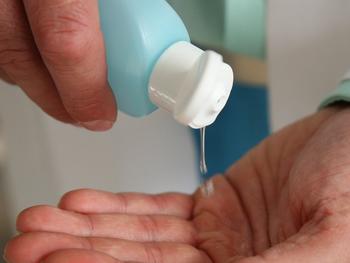 The French spirits producer Pernod Ricard donates pure alcohol for the production of disinfectants during the Corona crisis. The company has decided to provide Laboratoire Cooper with 70,000 litres of pure alcohol, it said in a press release. According to the announcement, Laboratoire Cooper is one of the leading French manufacturers of disinfectant gels for pharmacies. The manufacturer could produce about 1.8 million 50-milliliter bottles with the donated alcohol.

"At a time when the world is facing a major pandemic, companies need to mobilise to ensure the safety of their employees, but also to contribute to collective efforts in accordance with their capabilities," said CEO Alexandre Ricard, according to the press release. Pernod Ricard includes brands such as Absolut Vodka, Havana Club and Jameson Whiskey.

There are also similar projects in other countries. In the USA, the production facility of Pernod Ricard, based in Fort Smith in Arkansas, produces disinfectants at the request of the government. In Spain and Ireland, Pernod Ricard Spain and Irish Distillers had announced that they would place their technical and human resources and production facilities at the service of the authorities. In Sweden, too, the Absolut Vodka Distillery is donating alcohol in large quantities. (dpa)