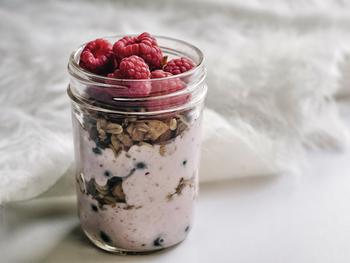 Photo by Alisha Hieb on Unsplash

Regular yogurt is a popular category, owing to its low price and widespread availability. Regular yogurts are readily available in retail shelf space across online and offline retail channels. According to a recent survey, approximately, 45% of consumers picked breakfast as the time of day they usually consume regular yogurt products. In North America, consumers also prefer to have regular yogurt at lunch, and as an afternoon, a late morning, and a late night snack.

Drinking yogurt is able to ideally meet consumer's three key product demands: health, mobility, and convenience. As a practical alternative to yogurt cups and spoons, yogurt drinks come in recloseable carton packs or are provided with a convenient drinking straw, making it an ideal snack for people on-the-go, a replacement breakfast, or the healthy in-between meal snack.

The high prevalence of digestive disorders drives the demand, for probiotic foods, across various consumer groups, globally. Yogurt, in both spoonable and drinkable form in different flavors, is the most preferred among the probiotic food. The progressive shift of consumers in the United States toward the digestive health-oriented products drives the market for probiotic food products. This has led yogurt to hold a 38% share in the sales value of the probiotics market in the country. According to the International Probiotics Association (IPA), China accounts for nearly half of the sales revenue in the Asia-Pacific probiotic food market. 90% of dairy-based probiotic food and beverages were consumed in China, and dairy-based yogurt held a prominent share driving the market.

Asia-Pacific is the Fastest Growing Market

Consumption of yogurt across the Asia Pacific market is on the rise because of its probiotic range of products, its ability to improve metabolism, enhance digestion, and support the immune system. Yogurt is also consumed as dessert. It is offered in varieties, such as fruit yogurt, organic yogurt, and drinkable yogurt, which are well received by the consumers. For example, yogurt products are part of the Indian food culture and this is expected to continue in the forecast period, mainly due to its health benefits. Furthermore, China and Japan are among the largest markets for yogurts in the Asia Pacific, while Australia and India are experiencing a heightened awareness of yogurts' health benefits, thus, driving its growth.

The yogurt market is a highly competitive market, with the presence of various international players. The major players of the market are extensively focusing on providing consumers with innovative and exotic flavors while including functional benefits in each of the yogurt product categories. Danone, Chobani, General Mills, Nestle, and China Mengniu Dairy Company Limited are the major players in the global yogurt market.