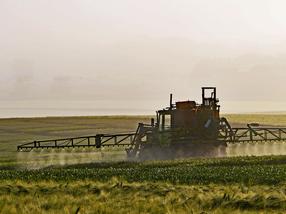 Due to health concerns, a plant protection product that has been used for years is to be banned in Europe. According to the EU Commission, it intends to propose not to extend the approval for the substances Chlorpyrifos and Chlorpyrifos-Methyl which expires in January. On Monday evening, the Brussels authorities confirmed a report by "taz" from Berlin.

The product, which has been approved in the EU since 2006 and is intended to combat pests in agriculture, is suspected of damaging the genetic material and nerves of embryos. According to "taz", chlorpyrifos may no longer be injected in Germany today. However, the substance is found in imported oranges, mandarins and grapefruits.

A spokeswoman for the EU Commission informed the German Press Agency on request that concerns about effects on human health had been discussed at an expert meeting of the European Food Authority Efsa in April. Following a corresponding work order, Efsa confirmed its concerns on 2 August. The Commission would now prepare the proposal to the EU states not to renew the approval.

In the "taz", however, consumer protectors and politicians demanded an immediate ban. "The active ingredient must be banned immediately," said Matthias Wolfschmidt, Director of International Campaigns for the Foodwatch organisation. Food expert Armin Valet of the Hamburg consumer advice centre said the insecticide had been the subject of criticism for many years. SPD health expert Karl Lauterbach is quoted as saying: "The use of chlorpyrifos has long been unacceptable". (dpa)