Food Fraud: Fighting more than just the tip of the iceberg 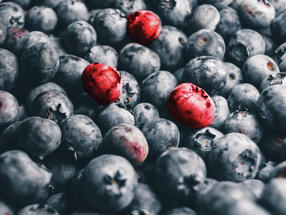 Photo by Bartłomiej Jacak on Unsplash

"Food fraud" is one of the biggest challenges facing the food industry in the face of global supply chains and increasingly complex processing. An international Akademie Fresenius conference held in Frankfurt on October 24 and 25 discussed new analytical methods that can be used in the laboratory and at the production site. Representatives from testing laboratories, supervisory authorities and international food companies such as Nestlé, General Mills and illycafé reported on this.

Company representatives spoke directly from the field about rapid tests for checking the authenticity of coffee and identifying the components of meat products. In addition, the experts discussed the legal steps national states and the EU can take to respond to the increase in food fraud.

One of the most frequent metaphors on the films and in the lectures given by the experts was the iceberg: scandals about meat that is not marketable, unauthorised additives to coffee or wrongly declared spices show time and again how great the danger of food fraud is for industry, trade and consumers. But even greater is the number of falsifications, which are not recognized at all. Franz Ulberth, head of the unit to combat food fraud at the EU Joint Research Centre (JRC) in Geel, estimates the damage caused by food fraud at between ten and 50 billion euros per year. Not only the total quantity, but also the differences in stretching, false declarations and changes in food pose challenges for laboratories and authorities alike. "There are too many falsifications to be able to perform cost-effective individual tests. However, there are now alternatives," said Bert Pöpping, Managing Director of the consultancy firm FOCOS. Not only the multitude, but also the speed at which the methods of counterfeiters as well as those of testing laboratories and scientists change is rapid: "For these new methods, however, standardization is imperative," says Bert Pöpping.

New focus required: Ensuring authenticity instead of searching for counterfeits

The high complexity and multitude of unknowns that inspectors and analysts would have to search for requires many experts to rethink their approach and set new goals. For Thomas Gude of Swiss Quality Testing Services (SQTS), it makes more sense "to use test methods to guarantee the authenticity of food instead of investigating it for food fraud". In the field of food contact materials, for example, the focus is increasingly shifting to "non-target screening" in order to be able to include so-called unintentionally introduced substances (Non Intentioanally Added Substances, NIAS) in the tests.

The implementation of blockchain technology promises noticeable improvements in the transparency and traceability of food adulterations and manipulations. Simply put, Blockchain is a digital ledger used throughout the supply chain. It documents all changes resulting from transactions between players and links data blocks using cryptographic processes. Petter Olsen from the Norwegian National Food Research Institute Nofima sees the blockchain technology as having the potential to significantly improve traceability, especially in the documentation of transformations in the food supply chain. Although some of these claims have been found to be false, they can at least be attributed to the producer. However, Petter Olsen warned against too much euphoria: "Many suppliers exaggerate when they describe the advantages of blockchain technology. Blockchain technology can improve existing traceability systems, not replace them."

Britta Müller reported on how the Bavarian State Office for Health and Food Safety (LGL) takes a closer look at the market environment for the early detection of counterfeit food. Together with statisticians from the Ludwig Maximilian University in Munich, LGL experts have developed the "Import Screening for the Analysis of food Risks" (ISAR) analysis method, which can be used to examine food import flows for irregularities. Changes in prices and quantities of food imports are recorded and related to the respective country of origin. For example, if the actual price development is higher than expected, this may indicate a higher likelihood of fraud. Indications resulting from the ISAR analysis are evaluated after additional research and expert assessment of their health or fraud risk. If there is sufficient suspicion of a health or fraud risk, expert groups are set up at the LGL to deal with the subject in depth. If a suspicion is substantiated, targeted sampling or operational inspections by the competent authorities can be carried out to clarify the situation. In the meantime, the LGS is also cooperating with the BVL and other federal states to establish this approach in German food monitoring. 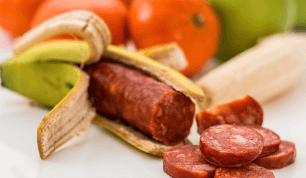