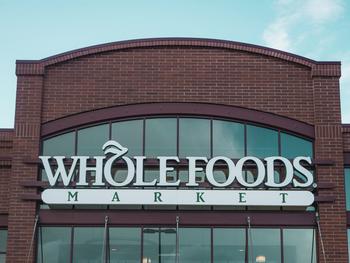 John Mackey, co-founder and CEO of Amazon-owned grocer Whole Foods Market, on Thursday announced his plans to retire next year.

In a letter addressed to employees, Mackey said he will step down on September 1, 2022. Whole Foods Chief Operating Officer Jason Buechel will take over the rein of the company after his retirement. "I'd like to share some news with you before it's announced publicly.

September marked Whole Foods Market's 43rd anniversary (including 2 years at Safer Way-the precursor to Whole Foods) and I've decided that it's time to begin to transition my role as CEO to the next generation of leadership. I have thought long and hard about this, and while it is still surreal to write, I have decided to retire on September 1, 2022. That is just about 11 months from today," Mackey wrote in the letter.

Mackey had co-founded Whole Foods in 1980 and led the Austin-based company through its $13.7 billion acquisition by e-commerce giant Amazon.com.  Mackey said he is "ready to pursue some of my other life passions" and said Buechel is well-prepared for the role of CEO.

"Jason is a true servant leader and champion of Whole Foods' culture and values, and he will lead the company into the future. Jason was my personal choice to replace me as the CEO and I'm pleased Amazon leadership agreed that he is the right person for the role," Mackey said about Buechel.

Jason joined Whole Foods in 2013 as Global Vice President and Chief Information Officer and was promoted in 2015 to Executive Vice President before being named Chief Operating Officer in 2019. In addition to being responsible for the operations of all WFM stores and facilities, he also currently oversees technology, supply chain and distribution, and Team Member Services. (dpa)