How to remove pesticides from drinking water 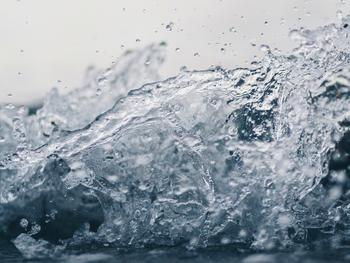 Photo by Samara Doole on Unsplash

Let’s start by stating a fact: No drinking water is completely clean, and it makes no sense to strive for completely clean drinking water. The water we in Denmark drain from the tap, and which in other countries is bought at the supermarket, has always contained and will always contain a myriad of metals, chemical substances and often also organisms in one form or another.

The important thing is that it is in a form and scope that is harmless to us. The big challenge is thus not to keep the drinking water completely clean, but to ensure it is unpolluted and safe to drink.

It goes without saying that dead rats, rotten leaves, industrial waste and toxins do not belong in the drinking water. Likewise, no one wants pesticide residues, hormone residues or residues from other chemical substances, but they can often be detected in the water, which leads to discussions about whether the concentrations are dangerous or insignificantly small.

- We are getting better and better at finding smaller and smaller concentrations of chemical substances in water. There are actually a lot of residues from pharmaceuticals, pesticides, cosmetics and soap. Because these concentrations are so tiny, they are referred to as micropollution, explains James Mcpherson, a postdoc at the Department of Chemistry, Physics and Pharmacy, SDU.

- Although they may not pose a direct, immediate threat, we do not know the long-term effects of being exposed to them. Therefore, I am interested in developing methods to remove micropollution from drinking water.

James McPherson is a chemist at SDU and together with, among others, Professor Christine McKenzie (also SDU), he has developed a new method of removing micropollution from water. The method is described in the Journal of the American Chemical Society, a peer-reviewed scientific journal.

Chlorine cannot handle it all

Traditionally, a lot of drinking water is purified using chlorine. The purpose of the chlorine disinfection is to kill all microorganisms in the water to prevent it from transmitting diseases. And it works extremely effectively.

- Still, chlorine is not designed to solve the problem with micropollution, McPherson explains.

The idea behind the researchers’ new technique is as simple as it is complex: The vast majority of micropollution is carbon-based. So, in principle, it’s ‘just’ a matter of destroying all the carbon molecules in the water.

- Unfortunately, it often takes more resources and creates more pollution to break up the carbon molecules in water, so you end up worse off than before you started – at least in terms of resources, James McPherson explains.

From poison to harmless cooking salt

Nevertheless, it is a path that both McPherson and many other researchers are pursuing. Because if/when we succeed in finding an effective carbon killer, it will pave the way for simple and cheap water purification. The research team’s new method has made the front page of the scientific journal in which it is published, and it is described as ‘elegant’ – perhaps this very method may one day form the basis for new water purification techniques.

- Like traditional water purification, we start off by using chlorine. We let the chlorine kill the microorganisms, but then we go a step further by letting the chlorine – which is already present in the water – drive the chemical processes that, with the help of iron, must attack the carbon molecules, McPherson explains about the researchers’ new method, which thus differs from others.

The carbon molecules are converted to CO2 – a much-criticised gas when it comes to global warming, but at this level, it is a harmless gas. Furthermore, chlorine is converted into salt – exactly the same kind of salt we use for cooking. At the end of the day, there are no toxic or dangerous by-products and the method does not involve any expensive ingredients. After treatment, the water can be described as soda water (because CO2 creates bubbles in the water).

McPherson and his team have tested the technique on a snail poison containing the substance metaldehyde. This substance is banned in Denmark and a number of other countries because it takes a very long time to decay: Its half-life is 17 years.

- It took us about a week to break down three-quarters of the poison, McPherson says.

That’s a lot quicker, but it doesn’t follow that the research team’s technology will be adopted by treatment plants and waterworks right away.

Treatment plants are a long way off

- Firstly, the molecule we have made to attack the carbon molecules is difficult to produce. Secondly, it is not easily recyclable. And thirdly, scaling up a lab result for use in treatment plants is anything but easy. After all, we’re talking about working with huge amounts of water, says James McPherson.

Anyhow: If one day we succeed, we will be able to remove residues of pesticides, hormones, pharmaceuticals and other chemicals from our drinking water, leaving cooking salt and CO2 as the only by-products.