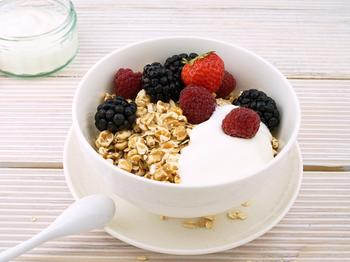 Climate change is now attracting enormous media attention and affects the future of young people in particular. There are many factors that have an influence on the climate. One of them, which consumers can control themselves, is their own diet. A research team from the University of Göttingen has investigated climate awareness in conjunction with young people's own diet. The results have been published in the journal Cleaner and Responsible Consumption.

The researchers from the Department of Marketing for Food and Agricultural Products surveyed around 1400 people between the ages of 15 and 29. They were asked to rate statements on climate change awareness; both their own behavioural intentions and future consequences were recorded. According to the results, three groups with different levels of climate awareness exist in the young generation: Supporters (57 percent), Undecided (29 percent) and Deniers (14 percent). Overall, it is clear that young people are very aware of climate change. There is a large group that implements climate-friendly behavior in their own diets. 29 percent of this group are flexitarians - that is, they only eat meat from time to time - and 17 percent already eat a meat-free diet. The undecided group acknowledges climate change, but does not yet take this into account in their own behavior. The deniers generally do not acknowledge climate change or believe that it is not caused by humans. Accordingly, they do not take this into account in their own diet.

"Our results show that a lot of communication is needed to promote a more climate-conscious diet among the undecided group," says Dr. Kristin Jürkenbeck from the University of Göttingen, lead author of the study. "The topic of climate change and climate awareness is becoming increasingly important for consumers in all areas of life; this is also made clear by the public debate and must not be ignored by companies and politicians," says Prof. Dr. Achim Spiller, head of the Marketing for Food and Agricultural Products working group.