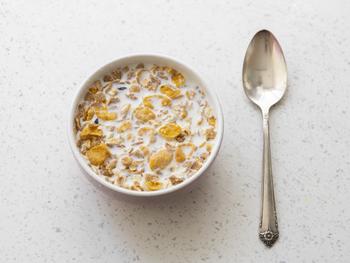 Nutritional information on the front of food packaging may not refer to specific preparation methods, according to a ruling by the European Court of Justice (ECJ). Information of this kind does not allow for comparison with the corresponding foods from other manufacturers, according to a ruling published on Thursday. Moreover, they could also confuse consumers if the values per 100 grams of the product at the time of sale were then indicated elsewhere on the packaging (Case C-388/20).

The background to the ECJ ruling is a legal dispute between the Federation of German Consumer Organisations (vzbv) and the food company Dr. Oetker. On the front of the packaging of a muesli called "Vitalis Knuspermüsli Schoko & Keks", Dr. Oetker had provided information on the calorific value and the amounts of fat, saturated fatty acids, sugar and salt, which referred exclusively to a 40 gram portion of muesli with 60 millilitres of milk with a fat content of 1.5 percent.

The vzbv considered this to be a "calorie whitewash" and took the matter to the Federal Court of Justice (BGH), which then turned to the ECJ with questions on the interpretation of EU law.

Among other things, the latter now referred to the fact that the information on nutritional value should be "simple and easy to understand" and ensure a comparison of foodstuffs. In the case of muesli, this means that the information must refer to the "foodstuff at the time of sale". The reason is that it can also be prepared with yoghurt, quark, fruit juices or fruit, for example.

The association welcomed the ECJ's clarifications. "The ruling clears the way for more transparency and clarity," commented board member Klaus Müller. It puts a stop to the "calorie-glorification of food"./aha/DP/stk (dpa)