In-field citrus fruit detection and tracking based on deep learning 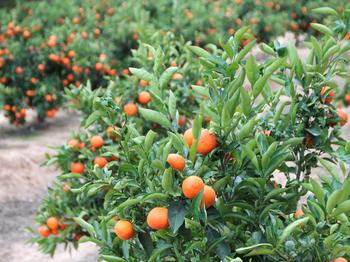 To solve these problems, many researchers have proposed deep-learning-based detection algorithms. However, in actual orchards, the accuracy of existing estimation methods is severely limited by various fruit sizes and mutual occlusion.

Recently, an article published in Horticulture Research proposed an in-field fruit counting method based on deep learning. The experiment was performed in two orange orchards in Meishan city in the Sichuan Province of China. The methods included the fruit detection algorithm OrangeYolo and the fruit tracking algorithm OrangeSort (as shown in Fig. 1), which effectively enhanced the accuracy of citrus fruit counting. OrangeYolo uses Darknet53 as an algorithm backbone network and was modified to improve the detection accuracy for small targets at multiple scales. The researchers also introduced a channel attention and spatial attention multiscale fusion module to fuse semantic features of the deep network with shallow textural detail features, further increasing the target detection accuracy. OrangeSort, a type of fruit tracking module in the tracking algorithm, can be used to address the double-counting problem caused by occluded fruits. The researchers developed an algorithm for tracking motion displacement and a strategy for counting specific tracking regions to overcome the double-counting problem.

The authors also offered a glimpse into the future of the technology: “Future work can be aimed at using 3D technology to locate fruit spatial coordinates to enable more accurate counting, and line tail turns will be explored further in subsequent research work.”