Bargain hunters tend to be overweight 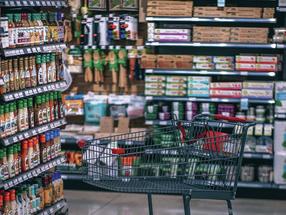 Photo by Fancycrave on Unsplash

Two chip bags for the price of one - who can resist that? The fact that it is precisely unhealthy foods and rarely carrots or broccoli that are offered as bargains has fatal consequences for some people.

Anyone who fills their shopping trolley in the supermarket with special offers is rather overweight or obese.

This connection is shown by a study conducted by the British Cancer Research UK foundation. For the authors, this is particularly worrying because obesity is now considered a high risk factor for at least 13 types of cancer. The experts therefore argue in favour of regulating the tempting offers by law.

Two chocolate bars for the price of one, the jumbo bag of chips or the discounted range of energy drinks: Often it is foods with a high content of fat, sugar or salt that are on offer in the supermarket. In fact, the Cancer Research UK study found that almost half of all chocolates, chips, popcorn and savoury snacks were on special offer. For their study, the researchers analysed the data from 16 000 British households with regard to their purchasing behaviour, demographic and socio-economic characteristics as well as the size and weight of the buyers.

They then divided the buyers into four groups, sorted by the proportion of items bought at a reduced price. The result: In the group that accessed a particularly large number of special offers, 72 percent of people were overweight, while in the group with few offer purchases this share was 64 percent. For obesity, i.e. particularly severe or pathological overweight, the probability in the bargain hunting group was increased by 28 percent. These trends were evident across all age and income groups.

In addition, buyers of food on offer opted for a fifth more food that contained particularly high levels of fat, salt or sugar - at the expense of healthier options: Bargain lovers also bought 30 percent less fruit and almost 25 percent less vegetables. This corresponds to around four kilograms less fruit and vegetables per month than buyers who tend to avoid special offers.

Overall, the shopping carts in this group contained more sugar and less fibre than those of other consumers. An observation, which does not surprise the nourishing psychologist Joachim Westenhofer of the university for applied sciences in Hamburg: In an independent classification of the report it points out that the connection between a high energy density of food with relatively low price was already longer well-known.

Linda Bauld, prevention expert at Cancer Research UK, comments on the study in a statement: "Special offers offer people a wealth of seductive but unhealthy food and drink. With discounted prices for chocolate, biscuits, cakes and lemonade, it's no surprise that people who buy more are more likely to be obese."

The study authors are concerned about the results for two main reasons: Firstly, it is mainly children who suffer from the consequences of such shopping behaviour. One in five primary school children in Great Britain is already overweight, and after primary school the proportion rises to one third.

According to the Robert Koch Institute, about 15 percent of children and teenagers between the ages of 3 and 17 in Germany are too fat. Almost six percent are even obese. Among adults, 59 percent of men and 37 percent of women in Germany are considered overweight, according to figures from the German Nutrition Society (Deutsche Gesellschaft für Ernährung).

The second reason why the British authors are sounding the alarm:

Overweight is now seen as a risk factor for at least 13 types of cancer, including colon and breast cancer. Presumably an overproduction of hormones promotes cancer growth. According to the scientists, this makes it all the more important to make it easier for consumers to make a healthy choice, even when shopping. They are therefore calling for special offers for unhealthy food to be regulated by law. The same should apply to the selection of chocolate bars and the like, which would often be in the checkout area.

In fact, another British study last year had already shown that almost a fifth less of the corresponding snacks ended up in the shopping cart when supermarkets banned them from the checkout area.

Joachim Westenhöfer also considers legal regulations in Germany to be worth considering. At present, the policy focuses primarily on voluntary commitments by industry. "But they won't be enough to get the overweight epidemic under control," says the nutrition psychologist. (dpa)