Is it okay to eat animals? 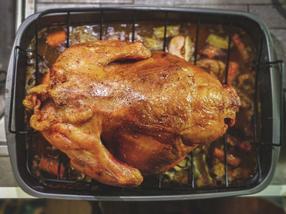 Photo by Tim Bish on Unsplash

May humans use animals? And if so, what does an ethically correct treatment of animals look like? The positions on such philosophical questions range from the original anthropocentrism, according to which man may deal with animals as he wishes, to abolitionism, which completely rejects the use of animals. A team of researchers from the University of Göttingen has for the first time conducted a representative study on the various animal ethical positions of the German population. The results have been published in the journal Sustainability.

The researchers interview around 1,000 German citizens who were asked to indicate to what extent they agreed with or disagreed with the core statements of various animal ethics positions. From the results, the scientists identified five groups with different value profiles, which they then examined with regard to a sustainable nutrition style. Central result: About a quarter of the respondents do not distinguish between farm animals and pets in ethical questions and eat significantly more flexitarians or vegetarians than can be observed in the other groups.

Although three other groups also clearly represent animal welfare positions, at the same time they distinguish between farm animals and pets. Animals in agriculture will then be granted slightly fewer rights. These people eat much less vegetarian. Only a very small group rejects all animal ethical positions, which is also reflected in a diet with many animal foods.

"The results of our study show that a central aspect for a more sustainable diet is the ethical equation of farm animals and pets," explains first author Sarah Hölker, PhD student at the Chair of Marketing for Food and Agricultural Products at the University of Göttingen. Prof. Dr. Achim Spiller, head of the department, adds: "For reasons of health, but above all for reasons of environmental and climate protection and animal welfare, it is essential to significantly reduce the consumption of animal foodstuffs. A deeper understanding of the connections between animal ethical positions as a central motivation for sustainable nutrition and actual nutritional behaviour is therefore important".