Are oils unhealthy and fattening? 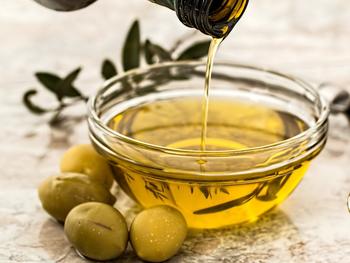 1845 Oil clears up myths around the topic of vegetable oils. The traditional oil mill from Hamm sees a great need for clarification in order to break down prejudices such as that oils are unhealthy and make you fat. However, the edible oil expert is also concerned about the many misinformation spread on social media or among family and friends. This is now over and 1845 Oil provides facts and background information on the subject of edible oil.

Myth 1: Oil is unhealthy and makes you fat

Fats have a bad reputation, they are considered unhealthy and dangerous fatteners. Oils and fats are indispensable components of our diet and take over vital functions in the body. Along with carbohydrates and protein, they are among the basic nutrients for our body, they are energy suppliers, protect against cold, ensure the absorption of fat-soluble vitamins and serve as flavour carriers. They only become unhealthy when we eat too much of them. Apart from the quantity, the quality of the cooking oil is the most important factor. The most important components of fats are the various fatty acids, which determine the properties of the fat and its importance for human nutrition. Vegetable oils are characterised above all by the important unsaturated fatty acids. Polyunsaturated fatty acids, such as the omega-6 fatty acid linoleic acid and the omega-3 fatty acid alpha-linolenic acid, are particularly important for our body. These are regarded as essential fatty acids, as the human organism cannot produce them itself and they must therefore be taken in through food. A high proportion of linoleic acid is found in vegetable oils that are regularly used in the kitchen - for example sunflower oil (approx. 65%) - but dairy products and animal fats also contain linoleic acid. Good sources of alpha-linolenic acid are certain vegetable oils such as linseed oil, 1845 walnut oil and 1845 rapeseed oil. Vegetable oils are essential for our diet, but they should be consumed in moderation.

Omega-3 fatty acids have numerous positive effects on the body. Above all, as a component of all cell membranes, they play a major role in the elasticity of cells and vessels. The recommended daily intake for adults is 0.5% of the total energy intake. The daily recommended reference quantity can be achieved, for example, with approximately 10-17.5 g 1845 rapeseed oil (1-1.5 tablespoons). An overdose of omega-3 fatty acids, on the other hand, can have negative consequences and weaken the immune system, among other things. In addition to the amount ingested, it is also important to pay attention to the correct ratio to the omega-6 fatty acids, which are found in sunflower oil or dairy products, for example. As the same enzymes are needed to process the fatty acids, they are in a kind of competition with each other. The German Nutrition Society recommends a ratio of omega-6 to omega-3 fatty acids of 5:1 for a healthy diet.

Although edible oils are used almost daily as an important component of our diet, they are usually only used in small quantities. The shelf life of oils varies depending on variety and pre-treatment. In general, refined oils can be kept for six to eight months when opened and up to two years when closed. Cold pressed oils, on the other hand, only last two to four months after opening, unopened up to one year. Correct storage of the edible oil can influence the shelf life and quality of the oil. To keep oils fresh for a long time, they should not be exposed to direct sunlight, as UV rays accelerate ageing and destroy important ingredients. Optimal is the storage in opaque containers in dark places. This is also the reason why all our 1845 oils are packed in white glass bottles. Apart from darkness, oils like it cool. The optimum storage temperature depends on the type of oil. Rapeseed, walnut, linseed or pumpkin seed oil can be stored in the refrigerator, but olive oil should be stored in cool rooms, as it becomes cloudy at colder temperatures and begins to harden. Another important factor that has a negative influence on the shelf life and quality of edible oils is oxygen. This causes oxidation processes to begin and leads to oils becoming rancid and inedible. It is therefore important to close the bottle quickly and airtight after use. Incorrect storage of the bottle ensures that the oils quickly lose their aroma, become rancid and start to smell unpleasantly even before the expiry date is reached.
Edible oils can be kept and used even beyond the expiry date. However, they should be tested for taste and/or smell before use. If even small amounts taste bitter or musty, the oil should not be consumed. If the oil smells rancid, the oil is also inedible and should be disposed of.

Myth 5: Oil can be disposed of through the sink

If an edible oil is rancid and no longer edible, the question of correct disposal often arises. Old cooking oil and frying oil should never be disposed of through the sink. The oil cools down in the pipes and, together with other residues in the pipelines and the sewage system, forms regular lumps of fat which are deposited on the pipes. Flushing the spout generously with water, whether cold or hot, does not help, because the liquid cooking oil does not mix with the water. This does not ensure that the oil is removed quickly, but rather that the fat and oil cool down gradually and settle on the pipes. The more lumps there are, the larger the accumulations become and, in the worst case, can lead to blockages, which then gradually make it impossible for the waste water to flow away continuously. Compost or bio-bins are not suitable for disposal either, as the oil does not decompose. Common household quantities of cooking oil can be collected in well-sealed PET bottles and disposed of with the residual waste. The bottle can also be wrapped in paper so that escaping oil is immediately absorbed and does not run into the waste bin. Larger quantities should be delivered to municipal recycling centres.

Myth 6: Every oil is suitable for frying