Unilever does not want to cut its US advertising budget, and the planned expenditure is now to be distributed among other companies 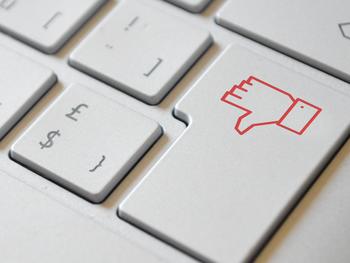 Facebook is coming under increasing pressure because of its controversial handling of racist, inflammatory and manipulative content. The consumer goods giant Unilever announced on Friday that it would no longer run US advertising on the online network and its subsidiary Instagram until the end of the year. This means that an ad boycott against the platform, which was launched the previous week, is gaining significant traction. Unilever is also taking Twitter into account - for the time being there will be no more advertising here either.

The Dutch-British group justified its decision by citing corporate responsibility in dealing with controversial contributions on the net - especially in view of the tense political atmosphere in the USA. Facebook and Twitter need to do more, especially with hate comments and divisive posts during the US election campaign. However, Unilever does not want to cut its US advertising budget, and the planned expenditure is now to be distributed among other companies. Facebook and Twitter did not comment at first.

Last week, US civil rights organisations had called on companies to boycott Facebook. This is supposed to hit the company at a sensitive spot - Facebook makes almost its entire turnover with advertising revenues. The US wave of protests against racism and police violence has once again greatly inflamed criticism of Facebook for being too lax in dealing with controversial posts.

Corporate CEO Mark Zuckerberg, who refused to intervene against controversial statements by US President Donald Trump, also made a significant contribution to this. There was even criticism from his own employees.

Several other companies, including the US mobile phone giant Verizon and the well-known outdoor brands The North Face and Patagonia had already joined the initiative #StopHateForProfit. Unilever - whose ice cream brand Ben & Jerry's was also part of the initiative - is now going one step further - because the campaign was initially only about an advertising boycott in July. On the stock market, Facebook and Twitter came under heavy pressure after the consumer goods company's announcement./hbr/mis (dpa)