Danish slaughterhouse closes for one week after corona outbreak 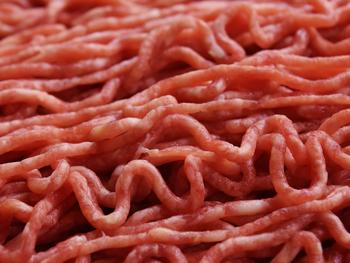 Following a corona outbreak with dozens of infected employees, a slaughterhouse in Denmark is temporarily closed. After another 22 employees have tested positive for corona, the plant in Ringsted will be closed for an initial week starting Monday, the meat processor Danish Crown announced on Saturday. This is an attempt to break the chain of infection among the staff.

In the meantime, almost 150 employees of Danish Crown in Ringsted have tested positive for the corona virus. Danish Crown was informed about a first case of corona among the approximately 850 employees in Ringsted just two weeks ago. Normally, around 35,000 pigs are slaughtered there every week, but this has already been significantly reduced as a result of the outbreak.

At the German meat processor Tönnies in North Rhine-Westphalia, there had been an almost four-week compulsory break at the headquarters in Rheda-Wiedenbrück after a mass outbreak of corona. In mid-July, production was allowed to resume. The incident had triggered a debate about the working and living conditions of the workers employed there./trs/DP/stk (dpa)