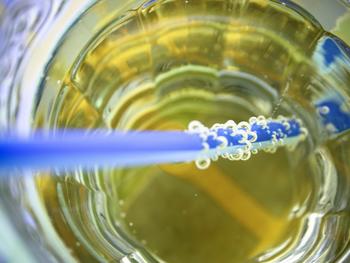 On the occasion of the 3rd Sugar Reduction Summit, the German Alliance for Non-Communicable Diseases THANKS calls for binding measures against the high consumption of sugared soft drinks in Germany. "Voluntary agreements have too little effect on soft drinks," says DANK spokeswoman Barbara Bitzer, "so a levy is needed to encourage manufacturers to be more innovative. With such a soft drinks tax, Great Britain has succeeded in reducing the average sugar content in soft drinks by an average of 34 percent within two years (1). "We need such a measure in Germany at long last to protect the health of the population."

In Germany, the National Soft Drinks Reduction Strategy provides for a sugar reduction of less than half that already achieved in the UK. By 2025, the sugar content in this country is to be reduced by only 15 percent on average. Many soft drinks will still contain far too much sugar even after that. It is not only the average value that is important, but also what the customer has available and what is actually purchased. Both of these aspects are demonstrably improved by a sugar tax.

In Portugal, for example, a tax has reduced the range of highly sugared products from 60.9 percent to 36.8 percent of all soft drinks (2). In Great Britain, sales of medium and highly sugared drinks have been halved as a result of the soft drinks tax. At the same time, the sale of water and low-sugar drinks has increased by 40 percent. The majority of British beverage manufacturers now see the sugar tax as having a positive effect on their business - they are selling more new, low-sugar products. Germany should therefore also take advantage of the great health-promoting potential of a soft drinks tax.