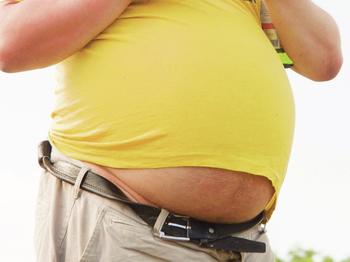 In the fight against childhood obesity, the British government is tightening the rules for TV and online advertising. From 2023 onwards it will no longer be allowed to advertise foods with high fat, salt and sugar content on television between 9 p.m. and 5.30 a.m. and companies will no longer be allowed to place paid online ads, the Department of Health in London announced on Thursday. Products affected include chocolate, soft drinks, ice cream, biscuits, crisps and pizza.

"These restrictions will help protect children from developing long-term unhealthy eating habits and improve the health of the country," the ministry stressed.

However, there are exceptions. For example, the rules apply to individual products, not entire product lines, and not to manufacturers with fewer than 250 employees. In addition, foods and beverages that are considered healthy, such as those with excessive sugar content, will be exempt; for example, honey, olive oil, avocados and the popular Marmite spread can still be advertised.

The advertising ban could lead to 7.2 billion calories being removed from children's menus, the ministry stressed. This could reduce the number of obese children by more than 20,000 in the coming year. It is estimated that a third of all children who finish primary school in the UK are overweight or obese. Prime Minister Boris Johnson, who has a few too many pounds on his own ribs, has made the fight against obesity a top priority, partly in the wake of the Corona pandemic. "Losing weight is one of the ways to reduce the risk of Corona," Johnson had said.

Consumer organisation Foodwatch praised the move and called for similar restrictions in Germany. "First a soda tax, now a strict ban on junk food advertising: the UK is getting serious in the fight against the obesity epidemic," said Foodwatch expert Saskia Reinbeck. "The British government is implementing what professional organizations like the (World Health Organization) WHO have been demanding for years." Reinbeck criticised above all the Minister of Food, Julia Klöckner (CDU): "The German government, on the other hand, continues to hope in vain for voluntary commitments from the industry."/bvi/DP/he (dpa)