Knuckle chips with beer as an Oktoberfest substitute at home? 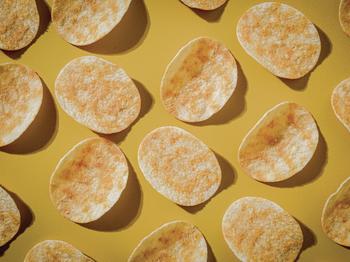 It must be possible to develop chips with a more unusual taste than just paprika, bacon and sour cream, thought Berlin potato snack fan Oliver Numrich. Now his dream chips "Haxe mit Sauerkraut" are on the shelves.

The Oktoberfest in Munich would have started on September 18 - but it was cancelled again because of Corona. Those who organize a private Wiesn at home can now resort to "Haxen" chips. An alternative to the real grilled knuckle of pork with a pint of Hellem could be his knuckle-and-sauerkraut-flavored potato chips together with a craft beer, says Oliver Numrich, a snack fan and snack blogger from East Frisia. He has fulfilled his dream of making his own chips.

In addition to "Haxe mit Sauerkraut" (description: "roasted aromas, subtle meat flavor and strong wine vinegar essence reminiscent of British vinegar chips"), the 48-year-old, who lives in Berlin, also developed the varieties "Cheese Truffle Fries" and "Garlic Baguette" with his partner Thomas Rogat and the help of a flavor house in Leipzig. The bag of the "dinner chips" produced in the Czech Republic is emblazoned with a portrait of the radiant inventor.