Sport and calorie reduction have a similar effect 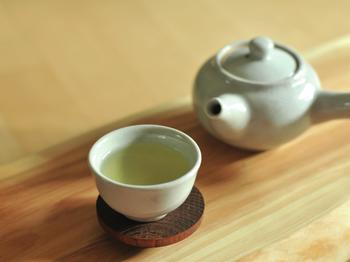 Photo by Na visky on Unsplash

Green tea is considered healthy and life-prolonging due to its high antioxidant content. Researchers at ETH Zurich now show that these ingredients act differently than previously assumed.

Green tea has long been known to be beneficial to health. In particular, the catechins ECG and EGCG contained in it are thought to have a life-prolonging effect. The two substances belong to the group of polyphenols. They are considered antioxidants that counteract or prevent oxidative stress in the body caused by aggressive oxygen radicals.

Until now, research has assumed that catechins neutralize oxygen radicals and thus prevent damage to cells (or DNA). Oxygen radicals are produced, among other things, in metabolism, for example during energy production in the power plants of the cells, the mitochondria.

ETH researchers led by Michael Ristow, Professor of Energy Metabolism at the Department of Health Sciences at ETH Zurich, together with colleagues from the University of Jena, have now taken a closer look at the mechanism of action of the catechins in the nematode C. elegans. And they have come to a different, seemingly paradoxical conclusion: the catechins from green tea do not suppress oxidative stress, but rather promote it.

In a study just published in the scientific journal "Ageing", they show that these polyphenols from green tea first increase oxidative stress in the short term, which subsequently increases the defence capacity of the cells and the organism. As a result, the catechins from green tea help the nematodes fed with them to live longer and be more fit.

"Green tea polyphenols and catechins are therefore not antioxidants, but rather pro-oxidants that improve the body's ability to defend itself in a similar way to a vaccination," explains Michael Ristow, head of the study.

However, this increase in defence capability does not occur through the immune system, but through the activation of genes that produce certain enzymes such as superoxide dismutase (SOD) and catalase (CTL). These enzymes inactivate oxygen free radicals in nematodes, so they are effectively the body's own antioxidants.

Sport and calorie reduction have a similar effect

Ristow is not surprised that such a mechanism is involved. His research group was already able to show in 2009 that the health-promoting effect of sport comes from the fact that sporting activities increase oxidative stress in the short term and thus improve the body's defence mechanisms. The same effect also occurs when people eat fewer calories, which has been shown several times in animals. Mice fed a calorie-reduced diet grow older than conspecifics fed a normal, high-calorie diet. "So it made sense to me that the catechins from green tea would have a similar effect."

According to Ristow, the findings from this study translate well to humans. The basic biochemical processes that organisms use to neutralize oxygen radicals are conserved in evolutionary history and are present from single-celled yeast to humans.

The ETH professor also recommends drinking green tea daily, as he does himself. On the other hand, he advises against taking green tea extracts or concentrates. "Above a certain concentration, it becomes toxic," he says. High-dose catechins inhibit mitchondria to such an extent that this leads to cell death, which can be dangerous, especially in the liver. Those who consume these polyphenols in excessive doses risk damage to organs.

Japanese green teas contain the most catechins. But other green teas also contain sufficient amounts of these polyphenols. In black tea, however, the catechin content is much lower than in green tea. Fermentation largely destroys these substances. "Therefore, green tea is preferable to black tea," says Ristow.