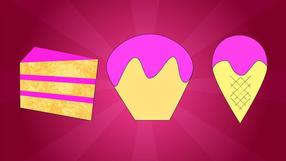 Are you an emotional eater?  Valentine’s Day and other seasonal events can trigger comfort eating, but food and feelings don’t have to go hand in hand, according to QUT psychologist Dr Esben Strodl.

Dr Strodl is director of the clinical psychology services at the QUT Health Clinics and he and his students have been researching eating behaviour for over a decade.

“Like Christmas, Valentine’s Day can be a time of loneliness for some people,” he said.

“But it’s important to realise that it’s okay to feel sad sometimes, and that negative and positive emotions are a normal part of life.

“Sometimes people feel sad and think they need to ‘fix’ that feeling and emotional eating is a common strategy to do that.

“Part of the reason people engage in emotional eating is that they have negative beliefs about their emotions.  If you believe an emotion is dangerous or uncontrollable, you are more likely to want to get rid of it and use a coping strategy, such as drinking or eating.  Food is an easy one because it is readily available and seen as an acceptable coping strategy.

“If you have broken up from your partner and Valentine’s Day makes you feel sad, it’s important to recognise that that’s okay, most people will feel sad in the same situation and those feelings will eventually pass.  You don’t have to do anything to ‘make’ them stop at that moment.”

Dr Strodl said a 2016 QUT survey of 300 Australians on emotional eating had asked them about the foods they turned to most often.

1. Sweet foods, like lollies
2. Salty foods, like chips
3. Sweet and fatty treats, such as donuts and ice cream.

The survey also ranked the top 5 causes of emotional eating.  They were:

Dr Strodl said a recent QUT study involving people who were binge eaters had found that an effective way to cope with negative emotions was to recognise and accept the feelings that could trigger negative behaviour.

“Traditional interventions work on changing people’s behaviour and thoughts, but all we did was to train people to be better at identifying their emotions and accepting their emotions – and that in itself improved their eating behaviour,” he said.

He said if people did find themselves over-indulging through emotional eating, they shouldn’t be too hard on themselves.

“If you do slip up, forgive yourself and remind yourself they are just normal emotions,” he said.

And don’t forget to get plenty of sleep and try to exercise when you can.  Fatigue has been linked with eating more, while around 30 minutes of walking is enough to release endorphins that can make you feel happier.