European potato varieties have adapted to the coldest and shortest days on the continent. 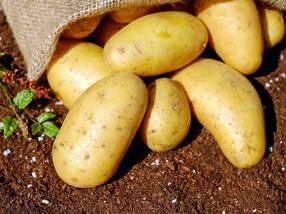 Until now, the origin of the potato had only been documented using historical approximations.

Scientists from CSIC participate in an international study on the origin and evolution of these varieties, with the help of the historical collections of the herbariums.

The first potatoes (Solanum tuberosum L. ) introduced in Europe and now grown worldwide were closely related to the equatorial Andean varieties, which were later specifically crossed with the Chilean lowland varieties. Considered a global food with great importance in the diet, not only European, but also worldwide, its expansion has been largely due to its ability to adapt to cultivation in regions with different conditions of latitude and temperature.

The formation of tubers is a very regulated process and, while Peruvian varieties are able to form them throughout the year, European varieties have adapted to produce them only at a certain time of year, when light and temperature conditions are optimal before temperatures drop (and the tuber freezes in the soil).

How and when this adaptation took place are the questions answered by an international study published in the journal Nature Ecology & Evolution, led by Hernán Burbano, from the Max Planck Institute for Developmental Biology in Germany, and in which researchers from the Spanish National Research Council (CSIC) José Luis Fernández Alonso, from the Royal Botanical Garden, and Salomé Prat, from the National Biotechnology Centre, also participate.

The work has analysed the evolution and adaptation of European potato varieties by comparing the genes involved in the formation of tubers from current European and South American samples. "The study of the last 350 years of potato evolution in Europe has made it possible to characterize the genetic diversity of historical potatoes using full genome markers. The research also highlights the power of combining contemporary and historical genomes (of herbaria) to understand the complex evolutionary history of the adaptation of potato crops to the new climates where they were introduced into cultivation", says Fernández Alonso, who has collaborated with Burbano in this research.

Until now, the origin of the potato had only been documented using historical approximations. However, this study incorporates genetic research that helps to know the evolutionary complexity of the varieties in cultivation, a very relevant information for the commercial development of new varieties with genetic improvement based on the knowledge of the positive adaptations in the growth of the plant.

The study has analyzed whether a natural mutation in the CDF1 gene, which allows the formation of tubers in regions where summer days are longer than in regions near Ecuador, occurred in Europe or comes from varieties imported from Chile in the second half of the 19th century," explains CNB researcher Salomé Prat. "The work indicates that this mutation originated independently in Europe, although it coincides in time with the re-introduction of Chilean varieties and crossing with wild plants, for the selection of genes of resistance to Phythophtora that around 1840 caused the plague of the potato in Europe, and to virus. It is likely that the adoption of potato as a staple food in Europe would lead to the identification of this mutation which, due to its dominant character (potato is a tetraploid species) is included in most of the species currently cultivated.

For several years, the research team has sequenced the genomes of historic South American and European potatoes from 1660-1896, with the help of collections kept in herbaria. Some specimens analyzed were collected in the Spanish expeditions of the eighteenth and nineteenth centuries in America and also by Darwin on the journey of the Beagle. A total of 88 samples have been sequenced including 29 specimens of historical herbaria (3 Chilean samples and 26 European samples, some cultivated in botanical gardens). We have also sequenced 43 potatoes that constitute a sample of the diversity of contemporary Andean breeds, as well as 16 modern European cultivars.

The authors conclude that the crossing of multiple varieties of South American potatoes in Europe, together with the subsequent crossing with wild species has contributed to the current variety of European potatoes.