Critics are particularly annoyed by the logo 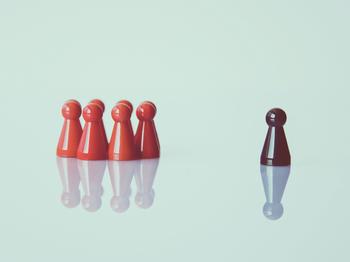 The US beverage and food multinational Pepsi is giving its "Aunt Jemima" brand a new coat of paint following allegations of racism. The product range of "Aunt Jemima" mainly comprises baking mixes for breakfast pancakes and syrup. The origins of the more than 130-year-old brand were based on racial stereotypes, admitted Marketing Director Kristin Kroepfl of Pepsi subsidiary Quaker Foods on Wednesday.

Critics are particularly bothered by the logo, which in their eyes clichédly depicts a black woman as a mascot in the style of a friendly servant.

Pepsi now wants to change the packaging and the brand name. The relaunch with a changed logo and name is scheduled for the fourth quarter. In view of the current wave of protests against racism and police violence in the USA, companies are also coming under greater pressure to adapt to social change. "We need to take a close look at our brands and make sure they reflect our values and meet customer expectations," said Quaker manager Kroepfl.

The US food company Mars also announced that it would "continue to develop" its rice brand Uncle Ben's. The trademark of the product shows the head of an older black man with white hair. Mars declared that it wants to show attitude in its efforts to end racial prejudice and injustice. As a global corporation, Mars has a responsibility. It was not yet clear what exactly would be changed in the brand. Mars is considering all possibilities. "Racism has no place in society", said the corporation.