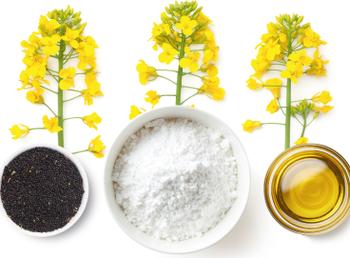 Poland-based NapiFeryn BioTech’s new technology allows oilseed processing companies to recycle the material left over after pressing oil from rapeseed, turning it into a fine powdered protein. With its neutral taste and flexible structure, it represents a viable alternative to other protein sources in the future. EIT Food funded FutureKitchen showcases this technology in its latest VR video, as part of an infotainment series involving young people in a dialogue about food tech and innovation.

Magdalena Kozłowska, CEO of NapiFeryn BioTech, expects that rapeseed protein will be available on the market as early as 2022: “We need this time to adapt the technological process to industrial requirements. Then, our customers will be able to broaden the range of their products - using a crop that is locally grown. We currently have pre-commercial samples available for the Early Market Adopters. “

Whereas rapeseed intense and bitter taste always limited its adoption, NapiFeryn’s patented technology is able to purify protein from anti-nutritional factors, removing the bitter taste and forming stable emulsions with oils. At the same time, this protein has favourable organoleptic properties – it has neutral flavour, smell and colour, making it an ideal candidate for oilseed processing companies to adapt the new technology in their businesses.

With a world population that is expected to reach 9.7 billion by 2050, it is key to innovate our food systems. NapiFeryn’s innovation uses a plant that is already widely grown around the globe. All of the protein contained in rapeseed (which is 20% of the cake) can be isolated in its natural, undamaged form. It is also a safe ingredient for allergy prone individuals, making it an alternative to other common but less sustainable protein sources.

Using the material that is currently mostly used as animal feed as food, NapiFeryn estimates that it is possible to provide nutrition to additional 3.5 billion people.

The video is part of the FutureKitchen project that engages especially a young audience in a conversation about food tech by making them, via VR, an on-site viewer of how food science, technology and innovation can advance sustainability. VR can adapt to diverse learning styles and has higher retention rates than traditional learning. The videos aim to make people curious, reflect on our food systems or even consider careers in food tech.

Justine Vanhalst, project manager of FutureKitchen at Matís, said: “Even if someone does not own expensive VR goggles, they can experience VR on the mobile phone while turning around, on the laptop (navigating with the curser) or via inexpensive cardboard VR goggles. It’s easier than people think! “.

The series continues to launch videos on FoodUnfolded in 2020, covering for example zero-waste mycoprotein or Michelin-Starred chefs printing food in 3D.