From Seattle storefront to café empire 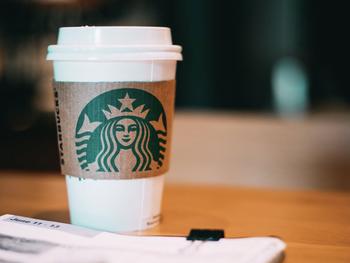 Photo by KAL VISUALS on Unsplash

With nearly 33,000 stores, Starbucks <US8552441094> is by far the largest coffee shop chain in the world, but it all started very small. Three college friends, united by their love of good coffee, opened a small shop in Seattle on March 30, 1971. They thus created - quite unknowingly - the basis for a company that US businessman Howard Schultz would build into a global café empire. Five decades later, Starbucks is one of the best-known brands in the world and can be found in almost every major city.

However, the Corona crisis is taking its toll on the US company - on its 50th anniversary, of all times, Starbucks is looking back on one of the most difficult years in its history. Pandemic-related branch closures and sales losses have left deep scars on the balance sheet. In the three months to the end of December, profits slumped by 30 percent year-on-year to 622 million dollars - although things were already much better than in the two previous quarters.

In the meantime, however, Starbucks CEO Kevin Johnson believes the worst is over. In the most important markets, the USA and China, business should soon have fully recovered, Johnson recently told the US magazine "Fortune". He added that the crisis had not done any lasting damage - on the contrary: "We are more resilient and stronger today than we were before the pandemic," said the 60-year-old, who took over the top job in 2017 from long-time group chief Schultz.

Johnson took on a tough legacy and has faced significant challenges, and not just since Corona. The hot drinks market is fiercely competitive; in 2018, for example, soft drinks giant Coca-Cola <US1912161007> entered direct competition with Starbucks by acquiring café chain Costa. Another major competitor is the German billionaire Reimann family, which through its JAB Holding controls not only coffee giant Jacobs Douwe Egberts but also chains such as Peet's Coffee, Stumptown and Espresso House with its German brand Balzac.

In its US home market, Starbucks is also being hit by low-cost competitors such as Dunkin' or McDonald's <US5801351017>, which is not only cheaper but also operates more so-called drive-thrus. In the pandemic, these pick-up counters for drivers turned out to be a big trump card. But Starbucks has also been pushing drive-thrus and digital services for some time. Johnson picked up where predecessor Schultz left off, adopting what he called an "e-commerce on steroids" strategy years before Corona with apps and delivery services to capitalize on a "seismic shift in consumer behavior."

Schultz has been Starbucks' figurehead for decades, revolutionizing the U.S. restaurant industry with the company, building it from a local staple with espresso, iced coffee, lattes and snacks to a near-global chain with billions in annual sales. Schultz first joined Starbucks in 1982, hiring as marketing director at age 29. A business trip to Milan at the time opened his eyes. Impressed by the Italian espresso bars, he tried to convince Starbucks owners in Seattle to adopt a similar idea - but to no avail.

Starbucks founders Jerry Baldwin, Zev Siegl, and Gordon Bowker didn't share his vision, so Schultz started his own chain, Il Giornale, selling Italian-style espresso and ice cream. But just a few years later, in 1987, the three frahling lovers, who knew each other from their college days in San Francisco, put Starbucks up for sale. Schultz didn't let the opportunity pass him by. Rapid expansion followed.

Schultz brought a breath of fresh air to the industry by combining the concept and quality of European cafés with the mass and efficiency-driven infrastructure of US fast-food restaurants, but without adopting their franchise models. He managed to make Starbucks a kind of quality standard in America, selling the cup of coffee for four dollars and more in a country that until then had not been used to great refinements and very low prices when it came to the hot drink. Today, thanks in large part to Starbucks, the barista profession is a household name in the working world.

Schultz took the company public in 1992, when Starbucks had just 140 stores. Today, the chain operates over 30000 café-restaurants, worldwide only McDonald's and Subway have more stores. In 2018, the US company ventured out into the European motherland of coffee culture and opened the first Starbucks in Italy. Schultz initially stepped down as CEO at the turn of the millennium, but he returned during the 2008 financial crisis. In 2017, Schultz finally passed on the scepter, and the following year, the 67-year-old also relinquished the chairmanship of the board of directors./hbr/DP/zb (dpa)