Soy cultivation in the Amazon region multiplies within a few years 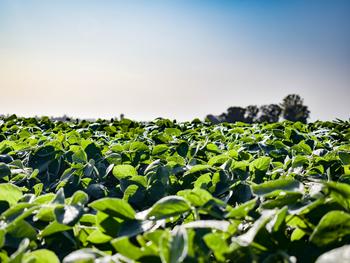 According to an analysis, the area under soybean cultivation in South America has doubled from 26,400 to 55,100 square kilometres since 2000. This has almost always been associated with the destruction of nature, researchers report in the journal "Nature Sustainability". According to the report, the fastest expansion took place in the Brazilian Amazon, where the area under soy cultivation has increased more than tenfold from 4,000 to 46,000 square kilometres.

The researchers had combined satellite data and the results of field surveys to infer the area used for soy cultivation in the region from 2000 to 2019. Originally, many of the forest areas had been converted for livestock, they said. The struggle to limit deforestation must take into account the indirect impact of soy expansion via displacement of pasture or other land uses, he said.

Global soy production is projected to increase by 50 percent by 2050, requiring an additional 20 million hectares of cropland - much of which is expected to be in South America. "Balancing society's short-term needs with long-term sustainability will require innovation in both conservation and agriculture," the researchers said.

Agricultural products such as soy go first and foremost to Asia, mainly China, but also to the European Union, with countries such as the Netherlands, Spain and Germany, according to data from Brazil's Ministry of Agriculture. About 80 percent of the soy brought into the EU from other regions is used for animal feed, according to the environmental organization WWF. For most of the animals slaughtered in Germany, soy is a central component of the feed, this is especially true for pigs and poultry.

It then has a long journey behind it: via the BR-163, known as the "soy road", trucks transport the beans from the cultivation areas in the south of the Brazilian Amazon to the ports in the north. These include the port of Itaituba, where a round trip takes you past container ships, grain silos and loading stations, and the even larger transhipment port of Santarém. Ships take the soy further to Europe.

Producers still grow most of Brazil's soy in the state of Mato Grosso. But the soy fields are also spreading further and further into the north of the country. Sometimes the fields reach within a few meters of indigenous peoples' homes, where Amazon forest once stretched. A key goal in mitigating climate change must be to avoid deforestation in the supply chain, the study says.

According to a WWF report presented in May, tropical forests four times the size of Lake Constance were recently cleared on average per year for EU imports of goods such as soy, palm oil, beef and coffee. In 2017, EU imports accounted for 16 percent of tropical deforestation related to trade worldwide. Within the EU, Germany tops the list.

According to the report, by far the largest contributors to deforestation through EU imports were soy (around 31 percent of the cleared area) and palm oil (around 24 percent), for the cultivation or production of which forests in South America and Southeast Asia, respectively, had to give way. The imported deforestation indirectly caused 116 million tonnes of CO2 emissions in the EU in 2017, the WWF report says. This corresponds to more than a quarter of EU emissions from agriculture in the same year.

According to a report by the conservation organization Forest Trends, also presented in May, almost 70 percent of the rainforest cleared between 2013 and 2019 for the production of raw materials was illegally destroyed. According to the report, the situation is particularly dramatic in Brazil, where almost all (at least 95 percent) of deforestation was illegal in 2019.

2019 was Jair Bolsonaro's first year as Brazilian president. The right-wing populist advocates the exploitation of the Amazon. In this context, Brazil has a key role to play in climate protection: with a share the size of Western Europe, the country owns a large part of the Amazon region, which is considered a CO2 reservoir./mfa/DP/zb (dpa)