What do fog and beer have in common?

A CSIC book explains the colloids present in our daily lives 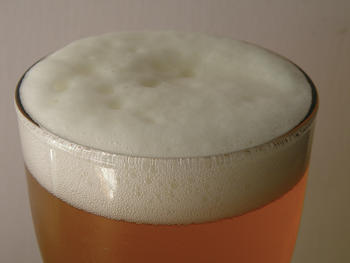 The rainbow, a custard, the waterproof sportswear that breathes and does not weigh us down, the foam with which we curl our hair or the famous hydroalcoholic gel that we constantly apply to ourselves. Colloids are present in many everyday processes and products, although most of us have never heard of them. They are inhomogeneous mixtures of two or more phases (gas, liquid or solid) in which one of them has a size smaller than a micrometer (0.001 millimeters) and that make possible the existence of many materials that we use every day. They are also behind complex technologies that in the future could make it possible to reuse raw materials or eliminate microplastics from rivers and oceans. Rodrigo Moreno, a CSIC researcher at the Institute of Ceramics and Glass (ICV) is the author of Colloidsthe latest book in the collection What do we know about? (CSIC-Catarata), in which the characteristics, preparation techniques and some of the numerous applications of colloidal systems are described.

Although it is largely based on the principles of physics and chemistry, "the science of colloids is multidisciplinary, and also involves areas such as biology and engineering," explains the author. The list of colloids is very long and includes everything from atmospheric phenomena to foodstuffs. How can a single term encompass so many types of substances and systems? According to Moreno, "the answer is related to the fact that a colloid is not a pure element or compound, but a combination of two or more uniformly distributed components whose properties are more related to their physical appearance than to their chemical composition".

The most frequent case of the possible combinations that give rise to a colloid is that of colloidal dispersions. For example, a gas is dispersed in a liquid or in a solid and forms foams like the one in beer; a consequence in this case of theCO2 produced by the alcoholic fermentation of cereals in the liquid, which maintains its appearance and density due to the effect of the surface tension of the bubbles.

Another possibility is that the dispersed phase (the minority part of the mixture) is a liquid, which can be in a gas, in another liquid or in a solid. In the first case, liquid in gas, aerosols or liquid sprays are formed, such as fog or mist. "At home we can also see some examples, such as whipped egg whites or air fresheners, deodorants or insecticides", illustrates the CSIC researcher. On the other hand, the dispersion of a liquid in a solid is the origin of gels, such as food spherifications obtained by cross-linking alginate chains. Smoke, when a solid is dispersed in a gas, is another example of this wide colloidal catalogue.

Since the beginning of the pandemic caused by the Sars-CoV-2 virus, we have received an enormous amount of data. One of the most repeated has been the danger of becoming infected in closed environments, due to the enormous speed of propagation of aerosols (dispersion of a liquid or solid in a gas) that we emit when we speak. "The virus itself has a colloidal size range, so it can move through the air and the use of masks prevents it to a large extent," says Moreno.

On the other hand, "cleaning with soaps and hydroalcoholic gels -which are also colloids- obeys to the possibility of reducing or eliminating the interaction of the virus with the human being from the principles of surface chemistry and colloids. When we wash our hands, a layer of soap is created on the skin that allows the virus to slide off and leave our body", adds the author.

There are many industrial sectors in which colloids are fundamental. Rodrigo Moreno highlights, among others, the agrochemical industry and its use of insecticides and fungicides, which when mixed with water form a homogeneous emulsion. Another activity of vital importance is the control that colloidal chemistry exerts in the manufacture of medicines and other pharmaceutical applications, such as the controlled release of active components.

Colloids are also basic 'ingredients' in the food industry. "In some cases the most important factor is stability, so preservatives and stabilisers are used to maximise the shelf life of the product and delay the expiry date as much as possible. Other products are prepared directly before consumption, so the ease of achieving immediate dispersion without the presence of lumps is a critical factor," he explains.

Colloids is number 124 of the popular science collection 'What do we know about?' (CSIC-Catarata). The book can be purchased both in bookshops and on the websites of Editorial CSIC and Los Libros de la Catarata. To request interviews with the author or more information, please contact: g.prensa@csic.es (91 568 14 77).

Rodrigo Moreno Botella holds a PhD in Chemical Sciences from the Autonomous University of Madrid and is a research professor at the CSIC. He has spent his entire career at the Institute of Ceramics and Glass (ICV), where he has been a pioneer in the study of colloid chemistry applied to ceramic processing. He is a member of the Spanish, Portuguese, European and American ceramic societies and vice-president of the Spanish Society of Materials (SOCIEMAT). He is co-author of more than 400 publications and belongs to the editorial board of several scientific journals in the area of materials. He has received the JECS Trust Award and is a Fellow of the European Ceramics Society and an Academician of the World Academy of Ceramics.