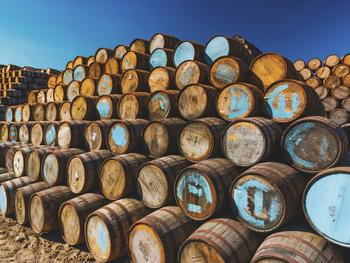 Photo by Brian Taylor on Unsplash

The French whiskey and vodka producer Pernod Ricard is suffering the consequences of the corona virus. The novel lung disease is harming demand in China, a core market for Pernod Ricard, the company announced in Paris on Thursday. The forecast for the current fiscal year was capped.

According to the report, the manufacturer of brands such as Absolut Vodka, Havana Club Rum and Jameson Whiskey is expecting sales to fall by around 2 percent. Operating profit before special effects is also expected to grow by only between 2 and 4 percent from its own resources. The original target was between 5 and 7 percent growth. Competitor Remy Cointreau had already reduced his prognosis in January because of the coronavirus.

The spirits business in the first six months of the 2019/20 financial year (until the end of June) even performed better than expected overall. Sales rose by almost 6 percent to just under 5.5 billion euros. Especially in the USA, Pernod Ricard was able to gain ground. The bottom line was that the company earned almost 1.1 billion euros, an increase of one percent. (dpa)