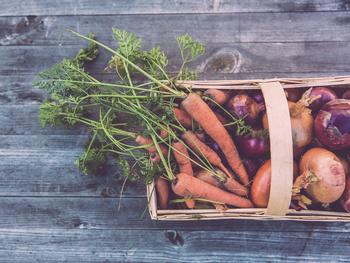 Healthy food for a balanced diet is currently becoming a luxury good for more and more people worldwide. By the end of 2022, 250 children a day could die of malnutrition as a result of this development, warns the children's aid organisation World Vision on the occasion of today's Food Systems Summit at the United Nations. It supports the summit's aim of better protecting people from hunger even in times of crisis and at the same time protecting the planet from the destruction of its natural resources.

In May 2020, global food prices reached their highest level in a decade, and this trend has not slowed since. The impact of rising prices is greatest in regions already affected by climate change, such as East Africa and countries like Syria and Myanmar. where poverty and conflict make it particularly difficult for people to put nutritious food on the table every day. This is according to the latest World Vision report, Price Shocks.

The Price Shocks report examines how rising food prices are currently impacting hunger and malnutrition around the world. It compares the cost of a basket of ten staple foods in 31 countries and finds that Germans would have to work an average of one hour to pay for the ten items, while people in Syria would have to work three days and in South Sudan eight days to pay for the same items. The cost of bananas, for example, accounts for 58 percent of an average daily wage in South Sudan and 61 percent in Chad - countries where hundreds of thousands go to bed hungry every day.

While food prices in Germany increased by 8.5 percent between February 2020 and July 2021, prices in Myanmar increased by 54 percent, Lebanon by 48 percent, Mozambique by 38.3 percent, Vanuatu by 30.9 percent, Syria by 29.2 percent and Timor-Leste by 17.7 percent. According to the report, people who are least able to offset rising costs are the most affected. For some three billion people, nutritious and healthy food has become out of reach as a result of increased prices and lower incomes since the Corona pandemic, according to the survey.

"Children always bear the brunt of a food crisis because they have higher nutritional needs than adults, become malnourished more quickly and are at much higher risk of dying from hunger," said Justine Aenishaenslin, program officer for health and nutrition at World Vision Germany. "And it's not just their health and mental development that is threatened, as hungry families are often forced to resort to desperate measures like child marriage and child labor to put food on the table."

Other studies are also sounding the alarm, estimating that the food crisis exacerbated by COVID-19 will result in 283,000 more deaths among children under five by the end of 2022. This would mean that 250 children would die every day from pandemic-related malnutrition. 13.6 million more children are at risk of dangerous physical emaciation.

Andrew Morley, CEO and President of World Vision International, calls on the global community to act now to break the downward spiral of hunger, malnutrition and poverty. "There is enough food for everyone. We appeal to policymakers: help us make supply chains from farm to fork more crisis-proof, sustainable and fair. Give families around the world the opportunity to feed their children healthy food."

In response to the crisis, World Vision has already provided food and nutrition assistance to 12 million of the world's most vulnerable people in 29 countries in 2020 alone. At the same time, it is driving the spread of environmentally sustainable agricultural practices and improving value chains for millions of food producers, especially smallholder farmers in Africa, Asia and Latin America.