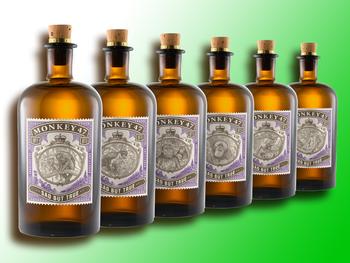 The French spirits producer Pernod Ricard is benefiting from a significantly increased demand for its products. In the three months from July to September, the turnover had climbed by one fifth to about 2.7 billion euro compared to the same period of the previous year, the company announced in Paris on Thursday. If exchange rate effects are taken into account, the increase is even slightly better, among others due to the Chinese yuan. Thus, the Diageo competitor did a little better than expected by experts.

Pernod Ricard was able to increase its turnover above all in the global travel business. With brands such as Ramazzotti, Mumm and Monkey 47, the group benefited from the fact that travel restrictions are gradually being lifted and countries are reopening their borders to tourists. In Germany, customers increasingly asked for Absolut Vodka and Jameson Whisky./ngu/zb/eas (dpa)