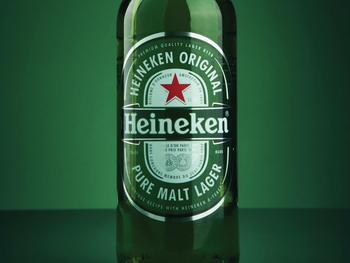 Photo by Alexander Cifuentes on Unsplash

In its ambition to be the greenest brewery, the HEINEKEN Spain family promotes a more sustainable business model with a clear commitment to the circular economy. In 2020, this passion, reflected in its sustainability strategy Brindado un Mundo Mejor, has enabled it to give a new life to 178,500 tons of products derived from brewing, integrating them into other industries for reuse. The barley malt bagasse and yeast are thus converted into livestock feed and fertilizer for agriculture. In addition, the alcohol extracted from the 0.0 beer was used to make beer vinegar for the agri-food industry and hydroalcoholic gel against COVID-19, which was donated to medical centers, residences and hotel establishments throughout Spain at the beginning of the pandemic.

These processes have led the Ministry for Ecological Transition and the Demographic Challenge to once again recognize HEINEKEN Spain's leadership in circularity in its Catalog of Best Practices in the Circular Economy. In this second edition, published in December 2021, the brewery stands out for reusing and valorizing secondary products such as bagasse, yeast or hydroalcoholic solutions, promoting cooperation with other industries and reducing the use of materials, emissions and waste. The recognition is added to that obtained in 2020 for converting waste into resources with initiatives such as its recycling programs for obsolete plastic boxes and pallets, which are used to build new ones; and its sustainable terraces for hospitality: tables, chairs and umbrellas made from recyclable material and recycled origin, with which more than 530 tons of plastic, more than 1,000 tons of recycled steel and almost 120 tons of aluminum were recovered.

As Carmen Ponce, Director of Corporate Relations at HEINEKEN Spain, explains: "The traditional economy is linear and flat, based on buy, make, use and throw away. But in the HEINEKEN Spain family we don't want to throw anything away. As part of our ambition to be the greenest brewer, we aim to reduce, reuse and recycle all our materials and resources throughout our value chain. By moving from linear to circular, we demonstrate that between consumers, brands and institutions we can generate a great positive impact on nature."

BEING ZERO WASTE AND MAXIMIZING THE CIRCULARITY OF PACKAGING

HEINEKEN Spain's commitment to the circular economy involves its entire value chain and sets increasingly ambitious targets. To achieve them, it relies on innovation and collective action, involving its consumers, customers and suppliers in this way of seeing and living circularity. It contributes to economic development, social progress and care for the environment through two priority lines of action: consuming fewer natural resources and converting waste into resources.

It is therefore committed to zero waste, a challenge it has already met 99.74% of and will complete in 2022 by certifying all its factories as zero waste. The plants in Madrid, Valencia and Seville will thus follow the example of the Jaén plant, which has had Saica Natur's "From Waste to Resources: Zero to Landfill" seal since 2021, when it became the first zero-waste brewery in Spain.

In addition to recovering its waste and products derived from its production, the brewery treats 100% of the water it uses and seeks new formulas to maximize its circularity and reuse it in other processes such as crop irrigation. To advance in this challenge, it is developing research projects together with institutions such as the consortium formed by GRUPO EULEN, INIA-CSIC and IMDEA AGUA, with which it has implemented the world's first green forestry filter for breweries. In other words, a natural purifier that uses plant roots to clean the water.

Packaging is also at the center of this comprehensive commitment to sustainability and the circular economy. Aware that they account for a significant part of the emissions it generates, HEINEKEN Spain is actively working to maximize their circularity, minimizing their environmental impact and extending their life. To this end, it reduces the consumption of natural resources and gives priority to recycled materials or those from sustainable sources, such as all the cardboard it uses, which comes from responsibly managed forests to avoid deforestation and is FSC certified. In addition, all its packaging is recyclable: both its kegs and returnable bottles for the on-trade and its single-use bottles and cans, which are managed through Ecovidrio or Ecoembes.