Microplastics: a food contamination that would harm the functioning of our intestine

Immune functions of the intestinal wall are disturbed 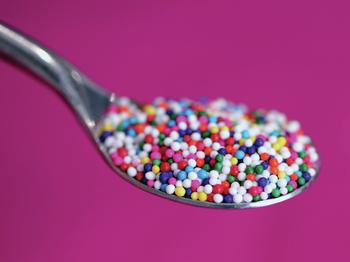 In mice, polyethylene (PE) microparticles induce disorders in the structure and function of the intestine, as well as in the intestinal flora. If it turns out that these pollutants have a comparable effect in humans, they could be involved in the development of certain diseases, particularly cancerous or inflammatory.

The polyethylene (PE) microparticles present in our food could have an impact on the proper functioning of our intestine. In any case, this is a solid hypothesis based on the work carried out by Mathilde Body-Malapel* and her team in a mouse model. After six weeks of a diet contaminated with PE microparticles, the structure and immune functions of the intestinal wall of these animals are disturbed, and the composition of their intestinal microbiota becomes abnormal.

Plastics are everywhere in our environment. As they break down into microscopic particles, they contaminate soil and water, and then our food and drinking water. Polyethylene is one of the most frequently used, notably in packaging, plastic bags, or agricultural tarpaulins. The literature reports that PE microparticles are found in our stools, blood and placenta. " Despite their abundance, these microparticles have been little studied, and their impact on the intestines is not known," reports Mathilde Body-Malapel. Hence the setting up of this study conducted in mice. " We chose to study the impact of two particle sizes, which correspond rather to the low range of those usually found in the stool. This choice was made in accordance with the literature, which reports that the impact of microparticles is greater the smaller their diameter. Moreover, the quantities administered - about 100µg/g of food - are close to those to which we are exposed .

Should we fear a cocktail effect?

Firstly, this work shows an abnormally high proliferation of intestinal crypts, in charge of renewing the cells of the epithelium (i.e. the wall of the intestine). They then show that the barrier function of the epithelium in the colon is impaired, which is essential for intestinal immunity. Locally, the overexpression of cytokines also favors the maintenance of a local chronic inflammation. Finally, several bacterial species seem to be disturbed by PE microparticles: for example, lactobacilli - known to protect intestinal function - are rarer in the microbiota of mice exposed to PE.

If these anomalies are found in humans, these microplastics could be considered as pollutants with serious risks for human health. This hypothesis obviously remains to be verified. "These different observations are all elements that suggest that these microparticles could influence the risk of certain cancerous, inflammatory or immune diseases," explains the researcher. She and her team are already planning several new areas of work: the first is to study the impact of plastic pollutants found in our food by getting closer to real-life conditions. To do this, the scientists will study different particle shapes, with non-spherical particles appearing to be more abrasive to our tissues, as well as mixtures of different plastics that contain some of the most commonly used additives in those used for food. " As for other chemical pollutants, we assume that there is a cocktail effect - or synergistic - when the composition of microparticles is diverse, like our daily exposures," says Mathilde Body-Malapel.

Finally, the researcher wants to know if mice suffering from chronic inflammatory bowel disease (IBD) see their pathology worsened by these microparticles, and if they have a comparable impact on samples of human epithelium, healthy or suffering from IBD, grown in vitro. " These results will be used to determine a potential causality between exposure to microplastics and these intestinal diseases.

Note: This article has been translated using a computer system without human intervention. LUMITOS offers these automatic translations to present a wider range of current news. Since this article has been translated with automatic translation, it is possible that it contains errors in vocabulary, syntax or grammar. The original article in fr can be found here.