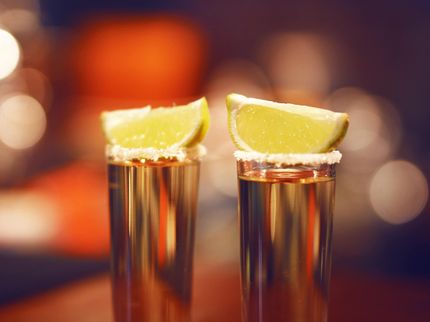 Photo by Alena Plotnikova on Unsplash

What will be flowing down throats in 2022, what will be toasted with? The beverage market is always surprising us with new trends and flavors. An attempt at an overview of which liquids could be hot this year - alongside Aperol Spritz, Gin Tonic, Dalgona Coffee, Cheese Tea and all the other trends of recent years and the long-established drinks:

Tequila: It's probably not quite to the point where tequila could be called the new gin (and thus the in-spirits par excellence). But the trend toward agave spirits is unmistakable. In America, stars such as George Clooney, Rita Ora, Justin Timberlake, Nick Jonas, P Diddy and Dwayne "The Rock" Johnson have been using the spirit for some time and have created their own brands. Tequila is an alcoholic beverage made from the Mexican blue Weber agave. The plant grows mainly in central Mexico.

Only tequila originating from the five states of Jalisco, Tamaulipas, Michoacán, Guanajuato and Nayarit may be sold with the designation of origin. In 2021, Mexico exported more tequila than ever before, according to the relevant regulatory authority. A good 339 million liters went abroad. The export plus compared to 2020 had been 18 percent, Germany was the second largest customer after the USA.

Verjus: If you love grapes, you don't necessarily have to drink wine or must. An ancient cultural drink called verjus - from the French "vert jus" (green juice) - is currently experiencing a minor renaissance.

For this, unripe grapes - both white and red - are cut from the vine long before the regular harvest, pressed, pasteurized, filtered and bottled. The pruning happens anyway to regulate yield, but instead of being thrown away, Verjus uses these grapes. So this also fits the anti-waste and sustainability trend (Too Good To Waste). With the triumph of the lemon, verjus has largely disappeared in Central Europe, but in France it is still used in Dijon mustard, for example, wrote Die Welt. "In Iran and Turkey, on the other hand, agrest, as the juice is also called, is then as now an essential ingredient in many dishes." Verjus is the regional answer to lime and lemon juice, according to start-up founders Jakob Karberg and Benjamin Müller. Their Verjus "Avaa" was also recently promoted in Berlin by KaDeWe (Kaufhaus des Westens) in a newsletter as the "ideal ingredient for cocktails and soft drinks" and recommended Avaa Tonic, for example. Bingen-based winery Reh Kendermann offers a verjus-infused thirst quencher under the name "Good Grapes."

Colorful cocktails: Colorful drinks like in the 80s are in this year, said the "New York Times" in its food forecast 2022. Even in the age of non-alcoholic cocktails (so-called mocktails), the trend to the classics with alcohol lives on. "Look for Blue Lagoon, Tequila Sunrise, Long Island Iced Tea and Amaretto Sour - preferably mixed with fresh juices, less sugar and better spirits." The megatrend toward eco-spirits with ingredients from regional farms or from food waste, as well as climate-friendly production conditions, can be perfectly combined with the desire for these mixed drinks, he said. Especially in times of pandemic, we all needed "things that are sweet and colorful, happy and playful," the renowned newspaper quoted the president of the San Francisco-based consulting firm AF & Co.

Oat cocoa: The business with alternative dairy products - the so-called non-dairy market - is booming. According to a study by ING Research, sales of plant-based dairy alternative products in the EU (plus the United Kingdom of Great Britain and

Northern Ireland) will be around five billion euros, which would be a doubling within eight years. In addition to the Swedish oat drink manufacturer Oatley, there have long been other brands. Münsterland-Milch, for example, offers the "I am your Oat" oat drink in cocoa form. The Deutsche Milchkontor - the DMK Group

("Milram") - as the largest German dairy company is now getting in on the act. In addition to the "main product milk," it is now bringing "plant-based alternatives" to the shelves. "At the beginning of 2022, several concepts that have made it through market research and taste tests will be launched: chocolate and vanilla pudding, vegan cocoa, a vegan dessert and a vegan cheese alternative."

Beer with a message: under the name "Hoppy Pride," Scottish craft beer brewer Brewdog and the Berlin CSD Association (Christopher Street Day) plan to launch a Helles beer. The final design of the 0.33-liter can was voted on online until the end of January - four designs were available for selection. In March, the "Helle with attitude," which aims to stand for diversity, is to be presented at a community event. According to Brewdog ("Punk IPA," "Kiez Keule," "Punk AF/Alcohol Free") and the Berlin CSD e.V., the beer is the starting signal for a longer collaboration. The proceeds from the sales will be divided equally. Each month, a group or initiative from the LGBTTIQA* area will be financially supported. Organizations can apply to the association./gth/DP/jha (dpa)