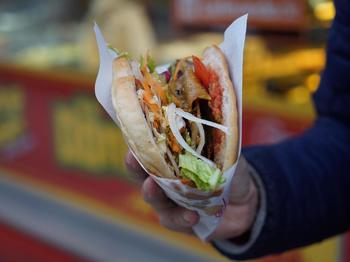 For consumers, gastronomy and food producers, sunflower oil will remain in short supply for the foreseeable future due to the Ukraine war
. As Ukraine is the largest supplier, experts do not expect the situation to improve for the time being. Because of this, large companies have already changed their cooking oil mix for the preparation of French fries.

"For sunflower oil, Ukraine is the most important supplier in the world," says a spokesman for the Association of Oilseed Processing Industries (Ovid) in Berlin. More than half of the world's exports of sunflower oil come from the Eastern European country, he said. According to the report, Ukraine has so far produced so-called crude oil from sunflower seeds and shipped it across the Black Sea; exports have come to a standstill because of the war. "This will not improve in the foreseeable future."

In supermarkets, sunflower oil has been largely sold out for weeks. But the shortage has long since hit large companies as well. "We use a vegetable oil blend - including sunflower and rapeseed oil - to fry our fries, with sunflower oil making up only a smaller portion," says a spokeswoman for McDonald's Germany in Munich. "Due to current limited availability, we will temporarily further reduce this smaller proportion of sunflower oil." According to the statement, guests can still get fries "in the usual quality with us."

So the shortage of sunflower oil does not mean that citizens would have to give up French fries, bratwurst, doughnuts and other fried foods. Rapeseed oil is a suitable substitute, and unlike sunflower oil, there is no threat of a shortage.

"There is no problem with rapeseed," says the Ovid spokesman. Because in Germany, France or Poland rapeseed is cultivated according to in each case on scarcely one million hectares. The fact that rapeseed oil is also currently unavailable or difficult to obtain in many supermarkets is due to both hoarding purchases and logistics problems, according to the association. For example, there is a shortage of truck drivers from Ukraine, many of whom previously worked for Polish haulage companies.

The restaurant and food industry are feeling the pinch, as are consumers, as the cost of cooking oil skyrockets. "We definitely see that the prices for cooking oils have risen dramatically," says Thomas Geppert, the regional managing director of the Dehoga hotel and restaurant association in Munich. "It is quite conceivable that one or the other restaurateur will adjust his recipe."

In addition, further price increases are foreseeable in the coming months for many foodstuffs and in the catering trade, including at snack bars. Food or beverages to go, the consumption in fast food restaurants - that was according to data of the Federal Statistical Office in March about six percent more expensive than a year ago. The costs run away from the enterprises nevertheless, it is said for example in the Döner industry.

"A doner kebab should actually cost 7.30 euros," Gürsel Ülber, chairman of the board of the Association of Turkish Doner Kebab Manufacturers in Europe, told the German Press Agency. For the dumpling with sauce, salad and meat, prices around 3.50 euros were common in Berlin for a long time. Now it is between five and six euros, he said.

"Energy costs, such as for electricity and natural gas, are a major price driver, and for other raw materials, such as beef, the price increase of 50 percent was even greater in some cases," says the Federal Association of System Catering, which represents chains such as Burger King and Nordsee. Grain, flour, vegetables - the companies have to pay more for everything.

Döner producer Ülber says, "It's hard to pass on prices in full because of the competition." He pays slaughterhouses and cutting plants significantly more, he says. But if he sells his skewers to the snack bars at a correspondingly higher price, they might prefer to get their supplies from other suppliers. Ülber considers it possible that the first kebab snack bars will have to give up in two to three months. For the others, costs would then rise further in the fall at the latest - because of the minimum wage increase to twelve euros per hour.

Also the trade union food benefit catering (NGG) sees enterprises of the food industry by the cost explosions in their existence threatened. It is important for the food industry to pass on the price increases to retailers and consumers, it said. "The large corporations will succeed in this. But many medium-sized companies in food production will not be able to do so," NGG chairman Guido Zeitler told the newspapers of the Funke media group. "The increased production costs are threatening their existence, and some will have to close their businesses."

In view of the rising prices, Zeitler called for possible further assistance for low-income earners. "If food prices continue to rise, the state should think about targeted support for poorer households and Hartz IV recipients."

McDonald's has already recommended "price adjustments" for some dishes on its menu to restaurant operators. And the Central Association of the German Baking Trade says: "In addition to the increased raw material prices, higher personnel and, above all, exorbitant energy costs have already been causing bakers great concern for months."

The bakery trade is a large gas consumer in the food industry, says NGG boss Zeitler. The largest gas consumer, he said, is the dairy industry, followed by the meat industry. After that came the fat, oil, bread, and sugar industries, as well as the bakery and meat trades.

Zeitler warned against a halt in gas supplies from Russia: "This would have a massive impact on food production. If there were no longer sufficient gas supplies, it would also no longer be possible to produce. "We wouldn't go hungry because of this, but there would be major production losses that consumers would feel in the supermarkets."(dpa)