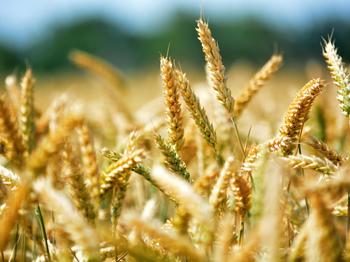 The price of wheat fell to its lowest level in four months on Monday night. At times, a bushel (about 27 kilograms) traded for $9.26 on the Singapore Exchange. The last time the price of wheat was this low was at the end of February when Russia launched its war of aggression against neighboring Ukraine. Market observers pointed to reports from Egypt as the reason for the current price drop. Accordingly, the country plans to reduce wheat imports.

According to an Egyptian government representative, the country plans to reduce wheat imports by 500,000 tons per year. The North African country is a major importer of wheat from the war zone. The aftermath of the war has caused supplies to dry up, leading to a sharp rise in world prices. At times in May, a bushel of wheat traded for as much as $12.85.

Russia and Ukraine are among the world's top wheat-growing countries. The two countries together covered about a quarter of the world's wheat trade before the war./jkr/bgf/jha/ (dpa)