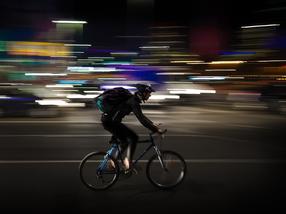 Next Friday the turquoise warming boxes of the Deliveroo bicycle couriers will disappear from the picture of German cities. The market in Germany was probably too small for two strong players.

The winner in the competition between delivery services in Germany is now the alliance between Lieferando and Lieferheld, which was formed in the spring.

Deliveroo only takes a few days to say goodbye: Already on Friday the store in Berlin, Hamburg, Frankfurt/Main, Cologne and Munich is closed. A year ago Deliveroo had already withdrawn from ten German cities, including Dortmund, and confined itself to Berlin and four other major cities.

Deliveroo had ensured that drivers, restaurants and employees received "appropriate" remuneration and goodwill packages, they said without further details. "We would like to thank all the drivers and restaurants who have worked with Deliveroo in Germany, as well as our wonderful customers," said a spokesperson.

While the German market leader Lieferando employs the drivers as employees, the drivers at Deliveroo were self-employed. This practice has repeatedly provoked criticism from trade unionists.

In the German market for food delivery services, the competitor Takeaway.com from the Netherlands is particularly strong. Takeaway added Delivery Hero's German business to its Lieferando brand in the spring. After the takeover, the group now includes Pizza.de and Foodora in addition to Lieferheld. Takeaway's about to merge with rival Just Eat. After the deal, Just Eat's shareholders are to hold a narrow majority.

When Amazon joined Deliveroo in May 2019, the new German CEO Marcus Ross had announced that the company would be taking on new German cities again in the third quarter of 2019, thus significantly expanding its business. But that's not going to happen now.

Deliveroo, headquartered in London, was founded in 2013 and is still active in 13 countries after leaving Germany.(dpa)