Diet rich in fibre to prevent diabetes put to the test 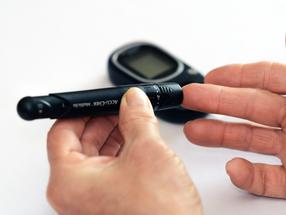 Does a high-fiber diet prevent diabetes? Researchers of the German Institute of Human Nutrition Potsdam-Rehbrücke investigated this question in a randomized and blinded study, the Optimal Fibre Trial for Diabetes Prevention (OptiFiT). They investigated how the administration of insoluble dietary fibres affects the incidence of diabetes and the glucose metabolism of high-risk patients. At the press conference of the German Society of Endocrinology (DGE) on September 12, 2019 in Berlin, experts will discuss which findings OptiFiT allows that go beyond a blanket assessment of "dietary fiber brings little for diabetes prevention".

A diet with many insoluble dietary fibres is recommended again and again by nutrition experts and physicians to healthy people such as the sick. "This is based on observations and epidemiological studies made over many years, but has no valid data basis", says Dr. Stefan Kabisch, study physician in the working group for clinical nutrition/DZD at the German Institute for Nutrition Research Potsdam-Rehbrücke. Researchers led by Stefan Kabisch conducted the first controlled study on the subject of "Effects of insoluble dietary fibres in the context of diabetes prevention". The Optimal Fibre Trial for Diabetes Prevention (OptiFiT) dealt with two central questions: Does nutrition with insoluble dietary fibres improve the results of the oral glucose stress test (oGTT) and does it have an influence on the new disease rate of diabetes mellitus type 2? Insoluble dietary fibres, which occur mainly in wholemeal products, pulses and mushrooms, have - as has long been known - strong effects on food intake and digestion. Kabisch explains: "They cause the food to be chewed longer and better. With enough liquid they already swell up in the stomach and fill it up. They also accelerate intestinal passage and loosen the bowel movement."

Between March 2010 and October 2012, 180 participants took part in OptiFiT. Patients were selected for the study who had impaired glucose tolerance following an oral glucose tolerance test (oGTT), no diabetes, no eating disorder, no fibre intolerance, and no corticosteroids. The participants also had to take part in a nutrition consultation in the first year. For the study, the participants were assigned to one of two groups: The intervention group (IG) with 89 participants took a fibre preparation twice daily for two years. The placebo group (PG) with 91 participants received the drinking supplement without insoluble dietary fibres twice daily during this time.

After twelve months, the oGTT result decreased significantly in both study groups: -0.78 mmol/l (1.88) in IG and -0.46 mmol/l (1.80) in PG. Among the female participants, this difference was even more pronounced and statistically significant. The new disease rate in two years was 9/89 in the IG and 16/91 in the PG. The researchers could not find any significant difference here. However, the effect on the long-term blood sugar HbA1c value was clear: it increased slightly in the placebo group (+0.1 percentage points in one year) and remained constant in the intervention group. This difference was significant. A small advantage for the IG compared to the placebo group.

The daily intake of a preparation containing insoluble dietary fibres did not significantly reduce the incidence of type 2 diabetes mellitus in high-risk patients compared to placebo. Insulin sensitivity also improved in the long term over two years without statistically significant differences between the groups. Stefan Kabisch adds: "The metabolic improvements in the placebo group are mainly due to weight reduction, i.e. an effect of dietary advice. However, the data also show that the lifestyle change improves many lifestyle factors, but hardly the dietary fiber intake. Nevertheless, 53 of 180 study participants regained normal glucose tolerance in two years."

In several second-line analyses by OptiFiT, the researchers are now trying to measure the effect of dietary fibres on the basis of actual uptake and identify subgroups of the cohort that have benefited particularly from the dietary fibres. Professor Dr. med. Matthias M. Weber, media speaker of the DGE, explains: ?The Second LINE analysis extends our knowledge by valuable realizations. The patient participation factor is of particular importance. Larger, more long-term studies must follow in order to fathom this effect more closely."