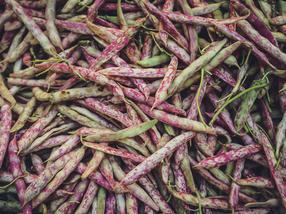 Photo by Free To Use Sounds on Unsplash

Swiss food giant Nestlé SA said it is committed to achieving zero net greenhouse gas emissions by 2050, noting that climate change is one of the biggest threats faced by the world.

As part of its efforts to achieve the goal, Nestlé said it will launch more plant-based food and beverage options that are more environment friendly. The company will also switch over to using more climate-friendly ingredients in its products.  Further, it will shift to alternative greener packaging materials.

Nestlé will sign the 'Business Ambition for 1.5°C' pledge ahead of the U.N. Secretary-General's Climate Action Summit later this month.

The world's biggest food company has a major role to play in the global efforts to tackle climate change as it is heavily dependent on water and agricultural commodities for its products.

"We are running out of time to avoid the worst effects of global warming. That is why we are setting a bolder ambition to reach a net-zero future," said Mark Schneider, Nestle CEO.

Nestle will also work with farmers to restore land and focus on improved management of its dairy supply chain. The dairy industry is a producer of greenhouse gases.

The company plans to replant more trees  to protect forests and help capture carbon. Further, Nestle  will also use 100 percent renewable electricity in its factories, warehouses, logistics and offices.

According to a report in June from the international non-profit CDP, formerly known as the Carbon Disclosure Project, over 200 of the biggest companies in the world have predicted that they face a nearly $1 trillion risk from climate change, most of which is likely to be incurred over the next five years.