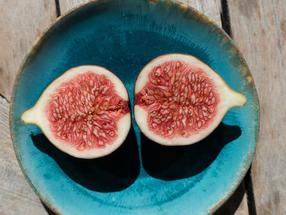 The commercial growing of figs in Southeast Asia (SEA) has opened up more possibilities for innovating with this superfruit.

While Western Asia and Northern Africa are the top two fig-producing regions globally, the situation may soon change, as Malaysia now has the largest commercially growing fig plantation in SEA. In the Middle East, figs are seasonal fruits. However, growing figs in a tropical climate like Malaysia ensures fig trees can bear fruits throughout the year. Apart from Malaysia, figs are also grown in smaller quantities in Indonesia, Thailand and Vietnam, with some households even growing fig trees in their backyards!

Tapping into religious and cultural references

Figs have a special place among Muslims, which makes up around 40% of Southeast Asia’s population. The fruit, along with grapes, dates, olives, bananas and pomegranates, is mentioned in the Islam’s holy text, the Quran. Figs are also touted for their health benefits: in traditional Chinese medicine (TCM), they are said to help strengthen the stomach, improve appetite, remove toxicity and resolve swelling.

Nature’s Wonders Premium Sun-Dried Figs are high in dietary fibre, naturally cholesterol-free and are free from trans fat and added sugar. They can be used in dishes, desserts or as an energising snack (Singapore).

Figs are mainly eaten as a snack in SEA, but manufacturers can explore more ways to harness their goodness by introducing the fruit in more categories. Indeed, figs can add value and texture to packaged food and drink products.

Loc Mai Fig and Ginger Tea: To stand out in the competitive tea market, local Vietnamese tea makers turned to fig and ginger to create the first tea from figs in Vietnam.

Andalus 100% Figs Juice: This 100% figs juice from Thailand is rich in calcium, magnesium, potassium and vitamins B1 and B2, while being free from added sugars, colouring, artificial flavours and preservatives.

The growing popularity of figs paves the way for companies to introduce the fruit to more consumers in the SEA region. This will also open up a new market for fig-based food, drink and healthcare products, while foodservice players will also have a new ingredient to incorporate into their menus.