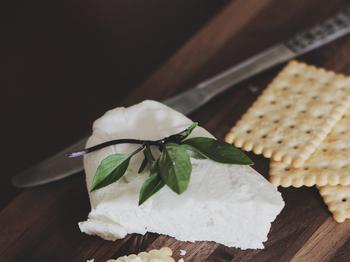 Cheese producers reacted angrily Wednesday to the Mexican government's decision to halt the distribution of some products of major manufacturers for a host of alleged labelling violations.

Business groups said the move by the Economy Department could unfairly damage the reputations of producers.

For example, the department accused the Philadelphia brand of improperly labelling ``reduced fat'' on a single slices American cheese product. Other brands were cited for allegedly deceptive labelling of products that contain ingredients other than milk or selling underweight packages.

Producers said they weren't warned or given a chance to defend themselves.

``The authorities cannot go around damaging enterprises and affecting jobs by stigmatizing a company or product with a baseless announcement,'' the Mexican Employers' Federation said in a statement.

The Economy Department said late Tuesday that a total of 23 products were being ``immobilized'' _ meaning they couldn't be sold _ for a range of purported infractions like selling packages that shortchanged customers on weight or that included ingredients other than milk but didn't make that clear on labels.

Mexican law requires cheese to be made of milk, with only a maximum of 2% milk byproducts like casein. Some brands didn't indicate casein on their labels, and two brands included vegetable fat, the department said.

Mondelez International, which operates the Philadelphia brand, stressed in its Twitter account that the order did not apply to its cream cheese, which has become a staple in Mexico for foods ranging from sandwiches to sushi rolls.

It said the move ``surprised and confused our company, given that it is totally baseless and damages the reputation of our brand,'' adding that ``authorities did not notify our company in a timely way about the investigation.'' The company said a government consumer protection lab had validated the product's quality.

The order also covered some products from leading brands like Fud, Nochebuena, Zwan and Sargento

President Andres Manuel Lopez Obrador has walked a fine line trying to avoid angering the business community while pressing them to pay more taxes and give up unfairly lucrative contracts. But one of Lopez Obrador's first government jobs in the 1980s was in consumer protection, and he remains zealous on that issue.(dpa)