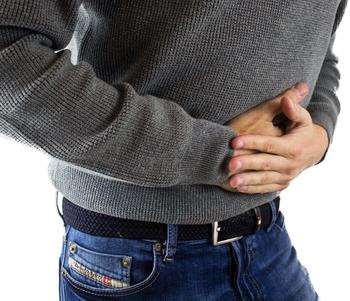 Wheat and spelt differ considerably in the protein composition in the flour - this is the result of a study carried out by three research groups at the University of Hohenheim in Stuttgart. There are also big differences between the individual varieties within these species: the content of potentially allergenic proteins can even vary by a factor of 20. The place of cultivation also plays a major role. This could be exploited: Proteins that depend mainly on the variety could also be specifically influenced - for better baking quality, but also for better tolerance. A human study will shed further light on this issue, for which patients are still being sought.

More and more consumers are complaining about health problems after eating wheat flour products. The range of symptoms is wide: from headaches to stomach aches, diarrhoea and vomiting to neurodermatitis and depression. When consuming spelt flour products, these symptoms do not seem to occur in some patients. Other consumers say they can only tolerate some wheat products from special bakers.

A research group at the University of Hohenheim is now trying to track down possible causes in a larger project. "Some of the proteins contained in flour or bread could possibly play a role," explains Prof. Dr. med. Stephan C. Bischoff from the Institute of Nutritional Medicine. "A few people suffer from coeliac disease or allergic reactions after eating wheat. They must actually avoid wheat completely. And both disease patterns are triggered by different proteins. The trigger of non-celiac wheat sensitivity (NCWS), on the other hand, is not yet understood, but proteins are suspected here as well."

In the case of spelt and wheat, which botanically belong to the same species, there are dozens of different varieties, each of which differs considerably in its characteristics. "That is why we have based our research project on three pillars," explains Prof. Dr. Friedrich Longin from the Wheat Research Unit at the State Seed Breeding Institute. "First we are investigating the proteins in different wheat and spelt varieties, then their changes during bread production, and finally we are evaluating the effects in a human study. So far, the results of the first partial study are available.

Hundreds of proteins differ between varieties and species

For these studies, the researchers cultivated 15 varieties of wheat and spelt each, which are currently representative of the production of spelt and bread wheat in Germany, at three locations each in Germany and France, and analysed the flour produced from them.

"This is done with modern analytical methods using mass spectrometry, which allows us to determine the exact mass of molecules and thus determine their exact weight. With these methods it is now possible to detect several thousand proteins in an organism in a single analysis," explains Dr. Jens Pfannstiel from the Mass Spectrometry module in the Core Facility Hohenheim (CFH). However, an essential prerequisite for this method is the existence of databases containing the protein sequences - the basic structures of proteins - with which the mass spectrometric analysis data can be compared.

Although these are available in full for wheat, there are still only a few sequence data for spelt. "Therefore, we were initially very skeptical whether we would be able to identify proteins in large quantities in the spelt samples at all. To our surprise, the protein sequences in wheat and spelt proved to be very similar, as they are closely related. We were able to use the wheat database to identify proteins in the spelt samples," says Dr. Pfannstiel.

"As far as we know, this is the first time that this method has been used on a large scale to study the proteins of spelt. The researchers were thus able to detect a total of 3,050 proteins in spelt and 2,770 in bread wheat. "It was astonishing that about one third of all proteins differ significantly in their expression in wheat and spelt".


Location and variety are also decisive for protein formation

"But what surprised us most was the large environmental impact", continues Prof. Dr. Longin. "For about half of all proteins formed, the place of cultivation is decisive. This also means, however, that these proteins cannot be specifically influenced.

In addition, the investigated varieties within the subspecies spelt and wheat also differ strongly in their protein pattern: Two thirds of the proteins, whose formation was independent of the environment, were only present in some, but not in all varieties and were also present in different amounts. "These proteins, in turn, are very interesting because they can be influenced by the choice of variety."

Based on this, the researchers calculated an "allergen index" for the tested varieties. For this purpose, 22 proteins were selected, which are discussed as possible triggers of wheat allergy, baker's asthma and wheat sensitivity. In both spelt and wheat, the researchers were able to observe a very wide range of variation between the varieties: The content of potentially allergenic proteins can differ 20-fold between the different varieties.

"When selecting flour today, the focus is primarily on the baking quality," says apl. Prof. Dr. Longin. "For the most part, bakers do not even know which variety they are using at the moment. There is a possibility to influence the protein composition and thus the quality and tolerance of wheat products by selecting suitable varieties. However, this requires measurement technology to become simpler and faster".

Prof. Dr. Bischoff believes that there is still a great need for further research, particularly with regard to hypersensitivity reactions: "Our data can only serve as a starting point for future research. For example, the production of bread will now be examined more closely. "In addition, we are urgently looking for patients for our human study who experience disease symptoms when eating wheat, but do not experience disease symptoms when consuming spelt," concluded Prof. Dr. Bischoff.