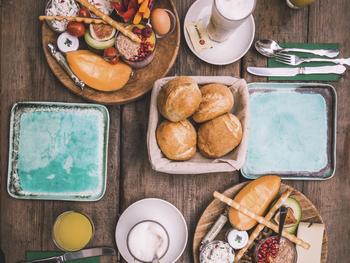 Photo by Marvin Binnig on Unsplash

Experts have spent decades warning us about the rising rates of childhood obesity, which has become an epidemic among recent generations in many places around the world, including Spain. The transition from the traditional Mediterranean diet to the consumption of processed foods with low nutritional value is a key contributor, with child-targeted advertising also partly to blame. According to the Breakfast Food Advertisements in Mediterranean Countries: Products' Sugar Content in Adverts from 2015 to 2019 report produced by UOC Faculty of Information and Communication Sciences professor and researcher, Mireia Montaña, the majority of breakfast products marketed for children contain three times as much sugar as those aimed at adults, influencing their choices for one of the most important meals of the day.

The study, published in the open access journal, Children, analysed a total of 355 advertisements from 117 different products between 2015 and 2019, and specifically concluded that the average amount of sugar in the breakfast products analysed and advertised for adults was 10.25%, with that figure increasing to an average of 36.20% when it came to products aimed at children. In other words, the breakfast options being promoted for children through the various communication channels are less healthy than those aimed at their parents. Indeed, if you looked at it in terms of the most heavily promoted children's breakfast products, you would think that the majority of Spanish children are starting their day fuelled by biscuits, which account for 60% of breakfast-related advertising, and chocolate-based products, such as spreads and drinking chocolate, which make up 25% of the ads.

According to Mireia Montaña, "Although much of the adult population still adhere to the Mediterranean diet, it is a practice that is waning among children and young people, who are increasingly opting to eat processed industrial products with a high sugar content for breakfast."

Mònika Jiménez, professor of Advertising and Public Relations at Pompeu Fabra University (UPF) and co-author of another study involving Montaña, entitled Breakfast Food Advertising and Prevention of Obesity: Analysis of the Nutritional Value of the Products and Discursive Strategies Used in the Breakfast Ads from 2015 to 2019, warned of the dangers of persuasive advertising in relation to food products of low nutritional value. She said: "the less closely a product correlates to that which would be deemed healthy nutritional parameters, the greater the tendency for the advertising discourse to focus on hedonism or happiness and tend towards persuasion." As Jiménez explained, when discourse alludes to positive emotions, happiness and the things that product can help you achieve, it stimulates certain areas of the brain that lead us to consume, a strategy which "is especially harmful in relation to certain audiences, such as minors, because they are very susceptible to these kinds of stimuli."

As Montaña's study points out, one of the consequences of advertising campaigns that market breakfast products to children is the increased amount of processed foods being purchased as breakfast options for children that then end up being consumed by the whole family. This is a phenomena known as 'pester power', which is defined as "the influence of children on the purchasing habits of their parents," explained Montaña, who is also a researcher with the UOC's GAME - CNM (Learning, Media and Entertainment; Communication and New Media) group. She added that, "Children tend to insistently ask for things so that their parents end up giving in and buying food products that are advertised extensively or that have some extrinsic component that attracts children but that have very little nutritional value."

The study by professors Montaña and Jiménez found that the communication channel most widely used to convince consumers to purchase these low nutritional quality products was television. According to their analysis, television accounted for 39% of breakfast product advertising, with radio coming in at 28%, the internet, 18%, newspapers 6%, magazines, 5%, outdoor advertising, 2% and cinema, 0.56%. "TV is the most effective medium when it comes to persuading children. And when is it that children are going to the supermarket with their parents and end up imposing their preferences with regard to what goes into the shopping trolley? Precisely when they are younger, up until preadolescence," Jiménez pointed out.

The two experts highlighted a number of strategies related to advertising that could be implemented to promote healthy eating habits that prevent childhood obesity. The first being to restrict advertising for certain unhealthy foods that, as Montaña stressed, are "aimed at young children who are yet to develop their powers of critical thinking". Spain already has a regulatory framework in place that was introduced 15 years ago as part of the NAOS (Nutrition, Physical Activity and Prevention of Obesity) Strategy, which led to the development of the PAOS Code for the regulation of advertising aimed at minors that would promote childhood obesity. However, the code only covers those products that are exclusively aimed at children. As Jiménez explained: "[D]rinking chocolate is a product that is also perfectly applicable to adults and, therefore, is not subject to the code. Furthermore, these advertisements are not always exclusively broadcast during restricted children's viewing times, which is another tactic that can be used to circumvent the regulation."

In addition to the need for a more stringent regulatory framework, a variety of other actions could be implemented to help reduce current levels of childhood obesity, including, "effective education on the subject of nutrition in general, both for parents and children". "Another policy that could work well, would be to increase the rate of VAT on certain products, as has already been done in the case of soft drinks," suggested the UOC professor, concluding with the reminder that an obese child is likely to develop into an obese adult.