Chocolate manufacturer Ritter: Organic has failed with us 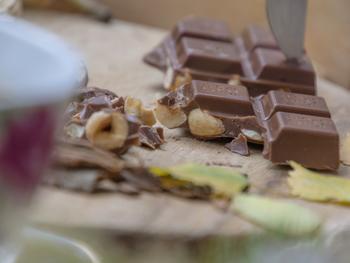 The chocolate manufacturer Ritter Sport does not see the sale of organic chocolates as an attractive business model. Organic has "failed" at Ritter Sport, Alfred Theodor Ritter, grandson of the company founder and current head of the powerful company advisory board, told "Der Spiegel".

For years, he said, he tried to establish an organic chocolate line in the company, with this request also tormented the marketing department again and again. "In the end, we gave up. People just said: organic is too expensive, doesn't taste good, is something for people with scratchy sweaters and Birkenstock sandals."

The company told dpa on Thursday that it had an organic range on offer from 2008 to 2018. However, business had not been good, it said. Apparently, organic quality is not as important to many people when it comes to chocolate as it is with other food products such as milk, a company spokesman said.

The 68-year-old Ritter stressed that he did not need to come up with new organic business ideas for his company now. A consequent change of the Ritter-Sport production would have meant "to lay off half of the staff", because the sales would have decreased then./mbr/DP/jha (dpa)