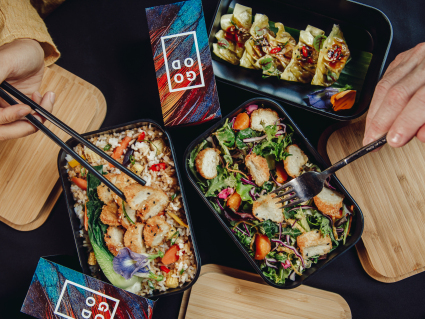 Eat Just, Inc., a company that applies cutting-edge science and technology to create healthier, more sustainable foods, announced today that its GOOD Meat division has secured $97 million in new funding, adding to the initial $170 million publicized in May. The overall $267 million fundraise is the largest to date in the burgeoning cultivated meat sector, which analysts predict could become a $25 billion global industry by 20301.

Also today, GOOD Meat added two highly regarded food and agriculture leaders to its ranks. Dan Glickman, who is well-recognized in the fields of agriculture, nutrition, hunger, bipartisan politics and public policy, will serve on its Advisory Board; and Jim Borel, former Executive Vice President of DuPont, will join its Board of Directors.

Glickman served as U.S. Secretary of Agriculture from March 1995 until January 2001; spent nearly two decades as a member of the U.S. House of Representatives; and is actively involved with organizations that fight domestic and global hunger and promote agricultural research in pursuit of a safer, more sustainable food system. Borel, who during his four-decade career at DuPont led its DuPont Pioneer, Crop Protection and Nutrition & Health businesses, is also on Eat Just’s Board of Directors.

“I'm proud to see our company take the next step toward building large-scale cultivated meat production. This investment, along with the guidance of Secretary Glickman and Jim Borel, puts us in a position to execute our plans in multiple regions around the world,” said Josh Tetrick, co-founder and CEO of Eat Just.

“I’m delighted to join GOOD Meat’s Advisory Board where I can assist the company in its efforts to provide protein options that can ultimately help feed a growing and hungry population worldwide, safely and sustainably. While I will always support family farmers’ work to feed the world in the U.S. and elsewhere, this company’s innovative technologies can augment opportunities over the longer term for consumers to expand their choices and improve their diets,” said Glickman.

The investment and additions of Glickman and Borel follow GOOD Meat’s announcement earlier this month that it plans to build the first-ever cultivated meat facility in the Middle East and Northern Africa (MENA) region through a partnership with Doha Venture Capital and Qatar Free Zones Authority. The QFZA and the Ministry of Public Health have indicated their intention to grant regulatory approval for GOOD Meat cultivated chicken very soon.

In March, parent company Eat Just announced a $200 million round, and in late 2020, the company secured in Singapore the first-in-the-world regulatory approval of cultivated meat. Since then, through a partnership with partnership with foodpanda, Asia's leading food and grocery delivery platform, hundreds of customers have enjoyed GOOD Meat’s chicken.