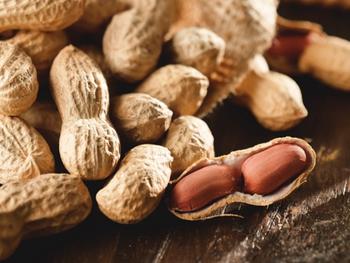 The study shows the potential benefits of the daily intake of peanut products on the improvement of the cognitive function and stress response in a young and health population. 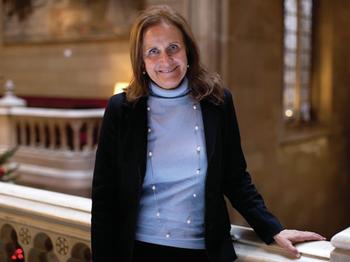 Rosa M. Lamuela, director of INSA-UB and lecturer at the Faculty of Pharmacy and Food Sciences of the University of Barcelona.

A study published in the journal Clinical Nutrition provides new knowledge on the health effects of a diet rich in nuts. According to the study, focused on the consumption of peanuts, the daily intake of products from this nut could have beneficial effects on the cognitive function and stress response in young and healthy individuals.

The study is led by Rosa M. Lamuela, director of INSA-UB and lecturer at the Faculty of Pharmacy and Food Sciences of the University of Barcelona, and member of the Physiopathology of Obesity and Nutrition Networking Biomedical Research Centre (CIBEROBN). This paper also counts on the participation of members of the Hospital Clínic and IDIBAPS.

The peanut (Arachi hypoagea) is a leguminous plant from South America which was introduced in Europe in the 18th century. It produces a fruit of great nutritional interest, rich in fatty acids, proteins, fiber, polyphenol and other bioactive compounds of potential interest for our health.

The study was carried out with a group of 63 healthy people aged between 19 and 33, who included a regular portion of peanut products in their daily intake. “Most nutritional intervention studies have been done in a population with obesity, metabolic syndrome or who are at risk of chronic metabolic disease. In this population that is at risk, it is easier to observe a beneficial effect changing the food pattern or introducing a healthy food in their habitual diet”, notes lecturer Rosa M. Lamuela.

“However, ─she continues─ in the study we observed the beneficial effect of the daily intake of peanut products on the improvement of the cognitive function and stress response in a young and health population, a group in which any health effect is more difficult to observe”.

The team analysed the potential health effects of the consumption of peanuts through a broad battery of cognitive tests and analytical tests related to biochemical indicators of stress response (such as cortisol). The results also revealed an increase in the faecal short chain fatty acids ─from the microbiota─, apart from specific biomarkers of this nut, long chain saturated fatty acids and certain polyphenols, all of which are bioactive compounds related to many health benefits.

According to the conclusions, the compounds that could contribute to the health effects described by the team are some bioactive compounds such as resveratrol and p-coumaric acid, as well as short-chain fatty acids and peanut-specific long-chain saturated fatty acids.

The researchers did not find significant differences between the consumption of peanut butter and peanuts and cognitive function or stress response biomarker. Moreover, everything suggests that the age variable did not influence the statistical analyses since there were no changes due to age differences. “This is another element of interest in the study, since many nutritional studies show significative differences in patients or subjects with a high risk of suffering diseases, especially the elderly”, note the experts.

Consumption of peanuts and gut microbiota

The team analysed whether the introduction of peanut products in a healthy diet could have a positive impact on the microbiota gut-brain axis and therefore contribute to the prevention of future diseases. “There is evidence suggesting a bidirectional relationship between phenolic compounds and gut microbiota, and some authors have observed an improvement of brain and general health after a polyphenol-rich intervention. The prebiotic substances present in peanuts ─such as polyphenols─ can affect cognition and the mood indirectly through interactions with the gut microbiota and enhance microbiota gut-brain axis”, notes researcher Sara Hurtado (UB-INSA-CIBEROBN).

To confirm these results of the nutritional study, the team included a control group in the study and gave the group a placebo with a peanut-based oil and the same composition of macronutrients of peanut butter but without prebiotic substances, observing it did not have the same beneficial effect.

“The high content of prebiotic fiber and polyphenols in peanuts could explain its beneficial effects on the gut microbiota. Due to its poor absorption, fiber and most polyphenols directly reach the colon, where they are metabolized by the microbiota and can modulate the brain biochemistry by acting as neurotransmitters in the central nervous system” says Sara Hurtado. “Short-chain fatty acids ─such as acetic, propionic, and butyric acids, are the main metabolites produced by gut microbiota, and they seem to have effects against various diseases, including depression and neurodegenerative diseases”.

The Research Group on the Analysis Natural Polyphenols and other bioactive compounds present in foods led by Rosa M. Lamuela has a distinguished research experience in the study of polyphenols in food and biological samples, and has taken part in international projects such as PREDIMED, a multicentre clinical trial on the Mediterranean diet and health, in the field of nutritional epidemiology.

This study shows promising results that require confirmation in studies carried out with a larger group of people. Regarding future studies, the team wants to broaden the research on the effects of the consumption of peanut products and its bioactive compounds on the microbiota through microbial composition, microbiome, lipidomic and transcriptomic analyses. Researchers want to look for more explanations in the study of the mechanisms that are involved in the microbiota gut-brain axis after the consumption of peanut products.

The paper published in the journal Clinical Nutrition has been carried out within the framework of the ARISTOTLE project, an initiative to analyse the prebiotic and postbiotic effects of the consumption of peanut products driven by The Peanut Institute (United States). The study also counted on the support from businesses linked to the food sector that did not take part in the experimental design nor the research protocol of the study.