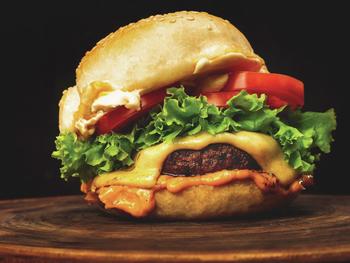 Photo by mafe estudio on Unsplash

More than 1 million households in the UK are vegan or vegetarian, and PETA is recognising the latest and tastiest offerings that are making it easier than ever to make the switch. Its ninth annualVegan Food Awards honours winners across 24 categories, some of which are listed below:

McDonald’s won Best Vegan Burger for its protein-packed McPlant, and Burger King won Launch of the Year for its crispy Vegan Royale – both are sure to introduce new audiences to vegan food. Among the other winners, Alexis Gauthier’s vegan restaurant 123V won Best Vegan Sushi, and VFC – a start-up founded by Veganuary’s Matthew Glover – won Best Vegan Chicken, an award that went to KFC last year.

“Vegan picks are so popular, they’re landing on the menus of the biggest chains and flying off the shelves of every supermarket,” says PETA Director of Vegan Corporate Projects Dawn Carr. “From fakin’ bacon to dairy-free desserts, every winner of PETA’s Vegan Food Awards makes it easy to eat vegan.”

Each person who goes vegan spares the lives of nearly 200 animals every year. Eating vegan also slashes greenhouse-gas emissions and lowers a person’s risk of developing heart disease and cancer.