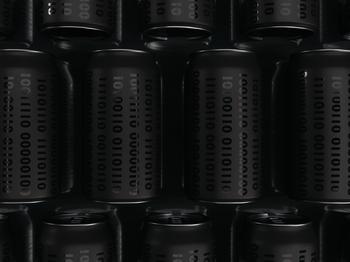 Photo by Giannis Skarlatos on Unsplash

Consumers are feeling increasingly stressed, unsettled and anxious. Younger consumers, in particular, are experiencing immense stress, with over half of US 18-24s experiencing anxiety and nearly a quarter claiming to suffer from clinical depression, according to Mintel research on managing stress and wellbeing.

The majority of this younger generation feels anxious about personal relationships and lack of sleep. But today’s youth also have to contend with existential threats such as the pandemic and the threat of planetary destruction.

Nearly three in five Canadian Gen Z consumers feel that they have lost a year due to the pandemic and are now behind in life, according to Mintel research on marketing to Gen Z in Canada.

Younger consumers are therefore rethinking their priorities due to COVID-19. Nearly one in five US Gen Z consumers are more likely than the average US adult to say that buying groceries is a high spending priority as a result of the pandemic. The grocery industry has an opportunity to capitalize.

Escapism is arguably a response to traumatic events in history. Scholars suggest that the Japanese phenomenon of ‘kawaii’ or cute culture arose in response to the devastation of post-World War II Japan.

Before the pandemic, the lifestyle aesthetic of cottagecore offered an escape. It is a nostalgic interpretation of rural lifestyles and living in harmony with nature.

During 2020, a related but grittier aesthetic popular with Gen Z emerged: goblincore. Also an appreciation of nature, it celebrates elements deemed to be ugly, such as mushrooms, snails and goblins, providing a break from modern life with its pressure to be perfect. The goblincore hashtag has amassed nearly 500 million views on social media platform TikTok.

Similarly, goth fashion is returning as a disruptive and dark response to COVID-19. The grocery industry can take inspiration from these trends to appeal to Gen Z.

Young people frequently turn to video games to destress and relax, with many games now incorporating traditionally outdoor skills such as foraging, fishing and farming.

Spending time in nature is at the heart of goblincore as it can imbue younger consumers with a sense of calmness. Food and drink brands can give consumers a helping hand with foraging and growing their own food. Consumers have resurrected both activities recently due to climate concerns.

The growing interest in botanicals during recent years has led to swathes of launches with botanical ingredients. In a post-COVID-19 world, many consumers turn to botanicals for stress relief, which Gen Zs, in particular, are seeking.

Gen Z’s exploration of botanical ingredients aligns with the goblincore connection to nature. While Gen Zs are known for their sweet tooth, they are moving towards bitter flavors which link to the dark essence of goblincore. Brands can employ marketing wizardry to entice consumers with descriptions of bitter and sour botanical flavors.

Goblincore is an aesthetic based on the appreciation of aspects of nature not typically regarded as beautiful. These aspects can range from animals such as frogs and snails to materials such as moss, mud, plants and fungi, such as mushrooms.

Brands can embrace goblincore in food by highlighting earthy flavors such as mushroom, which appeal to two in five Gen Z diners in the US, according to Mintel research on flavor innovation.

Earthy flavors already receive positive feedback from consumers. In the US, a quarter of consumers report eating more earthy flavors compared to a year prior, rising to three in 10 of 18-24s.

The goblincore trend pertains to magic and fantasy as well as nature, providing the ultimate escape from modern life. Brands can leverage the magic concept in several ways.

Gen Z consumers are embracing an aesthetic in fashion and mindset that pertains to all things dark and chaotic, at a time when the world around them is unsettling. The food and drink industry can adopt some key elements of the trend into product innovation and marketing. Brands should invest in the opportunity now so as not to miss out on what could be a lucrative fad.