25 new slaughterhouses in Brazil approved for export to China 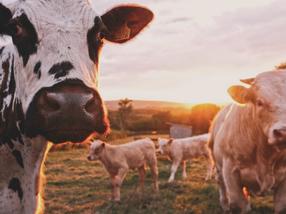 In the midst of the ongoing trade conflict between Washington and Beijing, Brazil could export more beef to China in the future. 25 more Brazilian slaughterhouses have been added to the list of meat exporters authorised for China, the Ministry of Agriculture in Brasília announced on Monday, citing the Chinese customs authorities GACC. The number of slaughterhouses approved by China in Brazil has thus risen by 39 percent to 89. More than two thirds of the new installations are intended for beef.

The decision was made after Agriculture Minister Tereza Cristina travelled to China in May to boost sales of Brazilian agricultural products in Asia. Hong Kong and China are the largest importers of Brazilian beef.

Brazil is one of the most important beef exporters in the world. The country exported more than 1.6 million tonnes of beef and beef products worth more than $6.57 billion in 2018. Meat production in Brazil had recently come under fire because farmers have large areas in the Amazon region deforested and set fire to new pastures./mnr/DP/zb