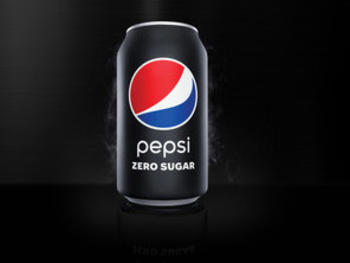 "I'm excited to be playing the Pepsi Super Bowl party this year. I hear they're amazing and I'm looking forward to it. See you in Miami – H."

This year's event celebrates the new bold look of Pepsi Zero Sugar with a redesigned matte black can and black tab, on shelves now. Planet Pepsi Zero Sugar will showcase the unapologetic new look and attitude of the zero-sugar cola and is one of many events before, during and after Super Bowl LIV – including the "America Wins Zero" promotion. The event follows a legendary list of previous Pepsi Super Bowl parties featuring artists like Travis Scott, Bruno Mars, Pharrell and more.

"For years, Pepsi has created some of the most memorable Super Bowl LIV celebrations with the biggest and best music artists on the planet," said Todd Kaplan, VP of Marketing at Pepsi. "This year is no exception, as we couldn't imagine a better way to do that than having global sensation, Harry Styles, headline our Pepsi Zero Sugar Super Bowl LIV party. We want to give fans in Miami a night they will never forget, so we are building a bold, fully-immersive event on an island that will be unlike any other experience."

Planet Pepsi Zero Sugar will be built at Meridian at Island Gardens on Watson Island, transforming the 65,000 square foot custom-built destination into a bold, alternate reality blanketed in neon lights, LED walls, mirrors with projection mapping and more. Celebrating Pepsi's unique and unparalleled history in music and entertainment, Planet Pepsi Zero Sugar brings the exciting new look and feel of the Pepsi Zero Sugar matte black can to life in a way that only Pepsi can. Alongside Harry Style's ethereal music style, the out-of-this world build out will transport fans to a transcendent audio-visual experience unlike anything else at Super Bowl LIV.

"Pepsi is synonymous with the biggest musical moments surrounding Super Bowl LIV and we know Friday night's party is going to raise the bar even higher," said Jack Murphy of Meridian. "We can't wait to bring Planet Pepsi Zero Sugar to life at Meridian, which will no doubt serve as the perfect backdrop to an amazing performance from Harry Styles."

General admission tickets go on sale beginning at 3:30 p.m. ET today; this event is for ages 18+. Fans should follow Pepsi (@Pepsi) and HSHQ (@HSHQ) on social media for the latest updates around the Planet Pepsi Zero Sugar party at Meridian at Island Gardens.